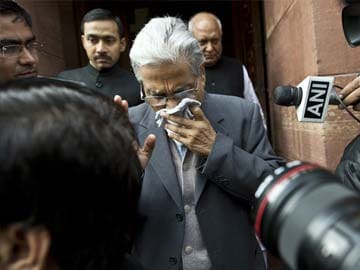 New Delhi: Law-makers were on their worst behaviour in parliament today as those supporting a new state of Telangana clashed with others who are opposed to the government's proposal to bifurcate Andhra Pradesh. 16 parliamentarians have been suspended for the unprecedented violence inside the Lok Sabha.