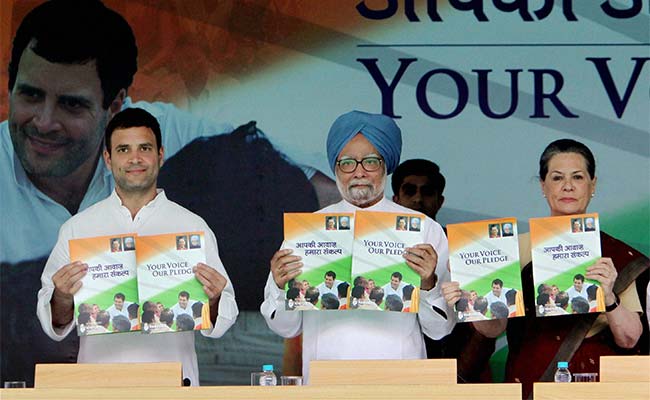 New Delhi: The Congress party today promised a slew of pro-poor measures including homes and affordable health care for all, with its top leaders taking digs at the BJP and its prime ministerial candidate Narendra Modi. Congress president Sonia Gandhi said people should not believe in opinion polls that have predicted her party's defeat. "They got it wrong in the previous election in 2009. I am confident that we will win," she said.

Here are 10 facts on the Congress manifesto: