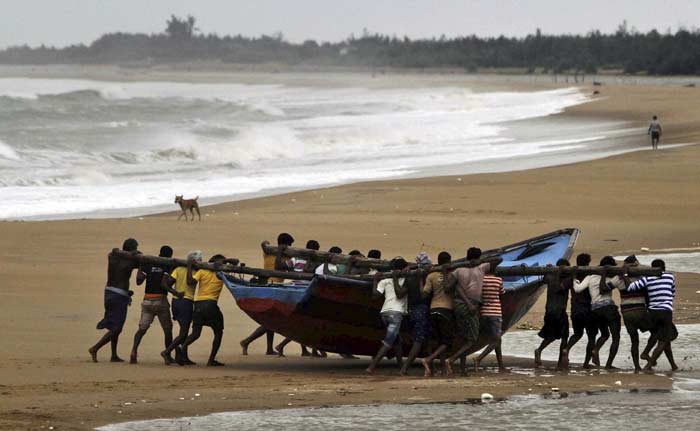 Fishermen move a boat away from the coast in Ganjam, Odisha after a warning over Cyclone Hudhud (Press Trust of India photo)

New Delhi: Cyclone Hudhud, a "very severe cyclonic storm" closing in on Andhra Pradesh and Odisha, will make landfall earlier than expected. It is expected to hit near Visakhapatnam between 10.30-11.30 am and the windspeed may reach 180 kilometres per hour or kmph.