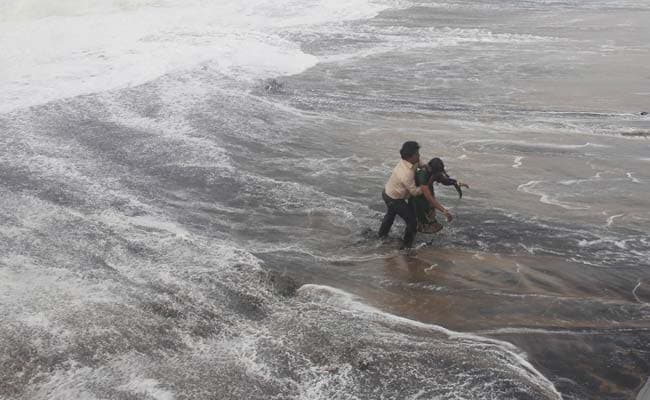 A man carries his wife to a safer ground after a wave hits a beach in Gopalpur in Ganjam district in Odisha, October 12, 2014.

Hyderabad: Cyclone Hudhud has reportedly killed at least seven people in Andhra Pradesh and Odisha and left Visakhapatnam battered, knocking down electricity and telephone poles, damaging buildings and uprooting trees with winds gusting at almost 200 km per hour on Sunday. Heavy rain is expected in Odisha, Jharkhand, Bihar and parts of Madhya Pradesh and West Bengal.