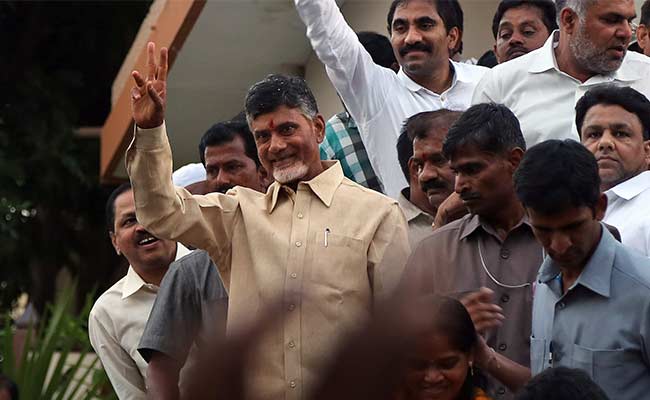 Telugu Desam Party President N Chandrababu Naidu (left) displays the victory symbol to supporters after his party's victory in the state and national elections in Hyderabad, on May 16.

New Delhi: Ten districts of Andhra Pradesh have been carved out to create India's 29th state Telangana. The new, smaller Andhra Pradesh is made up of the Seemandhra regions which bitterly opposed the bifurcation.

Here are 10 facts about the new Andhra Pradesh: