Calling for sensitising the youth, Rana K P Singh said there was an urgent need to further increase the vigil on the international border to stop the inflow of drugs. 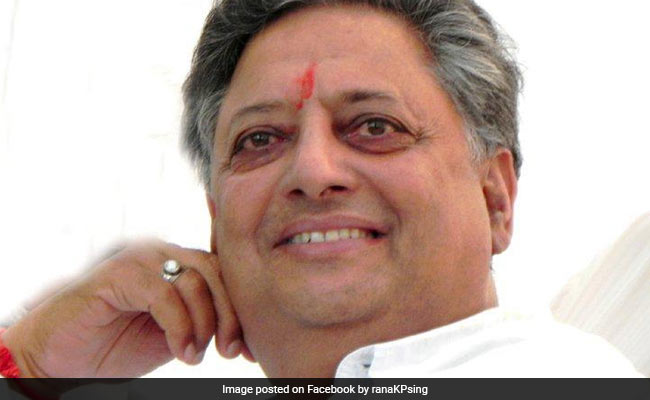 Rana K P Singh asked all parties to join hands with the state government in its fight against drugs.

Responding to demands from certain sections that politicians should be made to undergo dope tests as had been mandated for all state government employees, the chief minister had said yesterday he was willing to undergo such a test but would leave it to the conscience of other elected representatives if they wanted to follow suit.

Coming out after the test, the speaker said, "It is very disheartening that Punjab, the land of gurus and legendary warriors, is facing such a menace."

Appreciating the state government's decision to dismiss tainted cops, he said, "There are some black sheep in the force but most police officers discharge their duties with utmost honesty. Our police force is capable of fighting the drug menace as it fought against terrorism."

Calling for sensitising the youth, Rana K P Singh said there was an urgent need to further increase the vigil on the international border to stop the inflow of drugs.

He appealed to all political parties to join hands with the state government in its fight against the menace and said there was an urgent need to build a mass movement.

"It is a complex problem. Neither did it crop up in days nor will it be cured immediately," the speaker added.

"If there is a wound on any part of our body, we should treat the wound first and not suggest to amputate that part of the body. We should come forward to solve this (drug) problem and bring back Punjab's lost sheen," he said.

Meanwhile, a report from Nawanshahr said that SAD MLA from Banga Dr Sukhwinder Kumar underwent a dope test at the district civil hospital in Nawanshahr.

Later sharing the test reports, Dr Kumar said he subjected himself to the test on his own as he firmly believed that only those leaders who were free from all kinds of drug addiction could urge youngsters to shun drugs to make the state drug-free.

He urged the electorate to choose only those candidates, be it for Lok Sabha polls, legislative assembly polls or for polls to panchayats or municipal councils, who were neither into the business of drugs nor were addicts themselves.

"Only such elected leaders can ensure a drug-free Punjab as then the drug peddlers would not find any political patronage," he added.