United Spirits-NDTV Road To Safety, a Diageo Initiative is a social campaign to make our roads safer and attempt to reduce the number of 'preventable accidents' by encouraging citizens to demonstrate more responsible behavior behind the wheel. The campaign is now in its third edition and will be organising a conclave on January 11 from 11am onwards, which will attempt to address the issue of road safety.

United Spirits-NDTV Road To Safety, a Diageo Initiative is a social campaign to make our roads safer and attempt to reduce the number of 'preventable accidents' by encouraging citizens to demonstrate more responsible behavior behind the wheel. The campaign is now in its third edition and will be organising a conclave on January 11 from 11am onwards, which will attempt to address the issue of road safety.

Jan 11, 2017 15:49 (IST)
We need safety audits and accountability. We cannot keep calling areas accident-prone zones for years and do nothing about it: Prasanna Patwardhan, Chairman and Managing Director of Purple Transportation
Jan 11, 2017 15:43 (IST)
We don't have facilities on highways but we have alcohol shops ever 1 minute. The reason is that state governments are placing too much importance on collecting revenue. It will take 2 to 3 years for the Supreme Court (SC) order banning liquor shops on highways to be completely enforced because states will protest. The order asks for the immediate removal of alcohol advertising but it is still there. Despite the fact that the Police authorities are supposed to be accountable for the implementation of the SC order: Harman Singh Sidhu, Founder of ArriveSAFE NGO and Former Accident Victim
Jan 11, 2017 15:38 (IST)
65% of the road accidents happen on National Highways. We have displaced villages to build highways and the requirements of these villages were not considered, only the requirement of the traffic was thought of and a road built, without any other thought about safety. The biggest weakness is that there are no signages for speed limits. There are no highway patrol systems either: Rohit Baluja, President at Institute of Road Traffic Education

Jan 11, 2017 15:35 (IST)
Meet the Panelists of #RoadToSafetyConclave: India's Killer Highways - Why Are Our Highways Becoming Highways To Death? 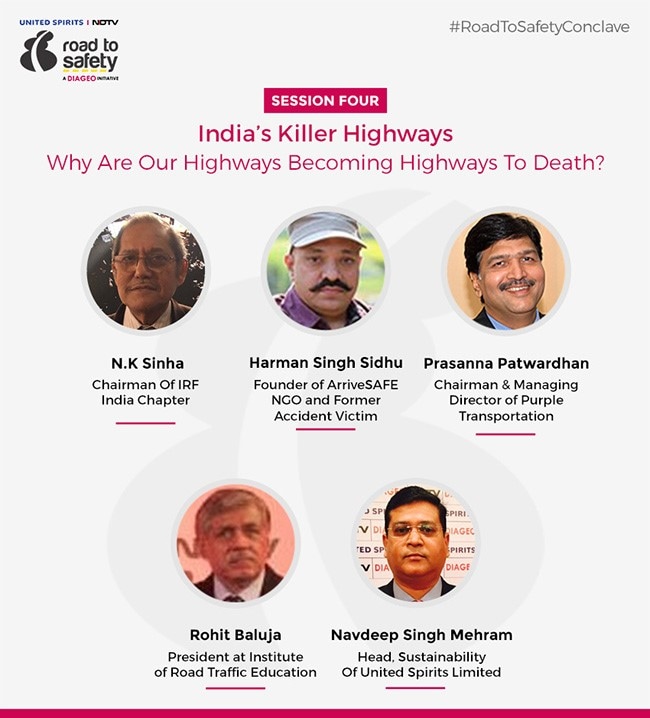 Jan 11, 2017 15:31 (IST)
We need to seriously and sincerely look at road safety and road planning. In the next 5-10 years with the way traffic is increasing in Delhi-NCR, we are going to have to handle this in a more innovative way: Garima Bhatnagar, Jt Commissioner of Delhi Traffic Police 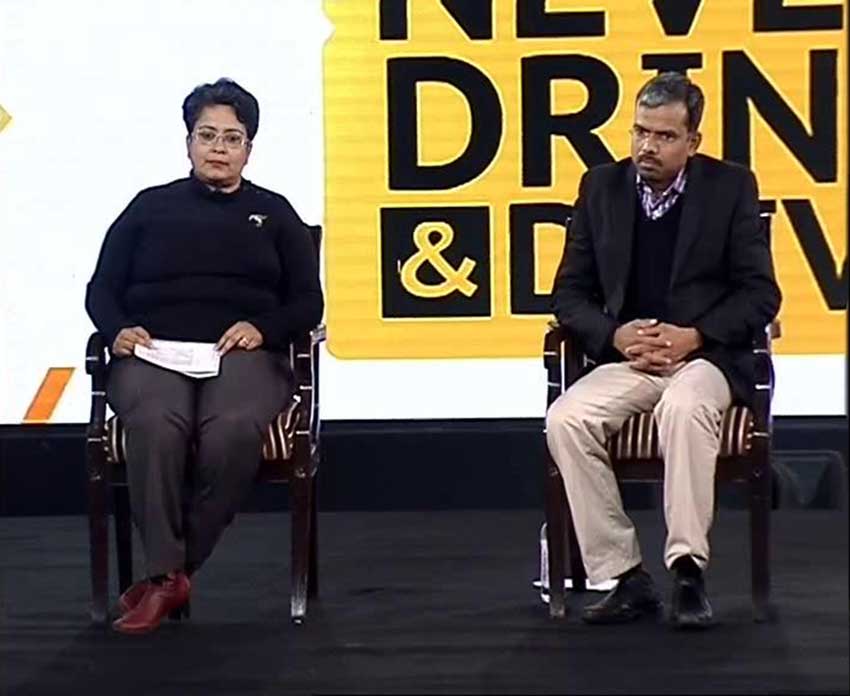 Jan 11, 2017 15:29 (IST)
People wear seatbelts, but mothers continue to put children on their laps. This puts them at risk and the responsibility does not end with putting on a seat belt. This is something that they need to realise: Dr Shankar Vishwanath, Consultant to the Mumbai Traffic Police and Advisor to The National Highways Commission 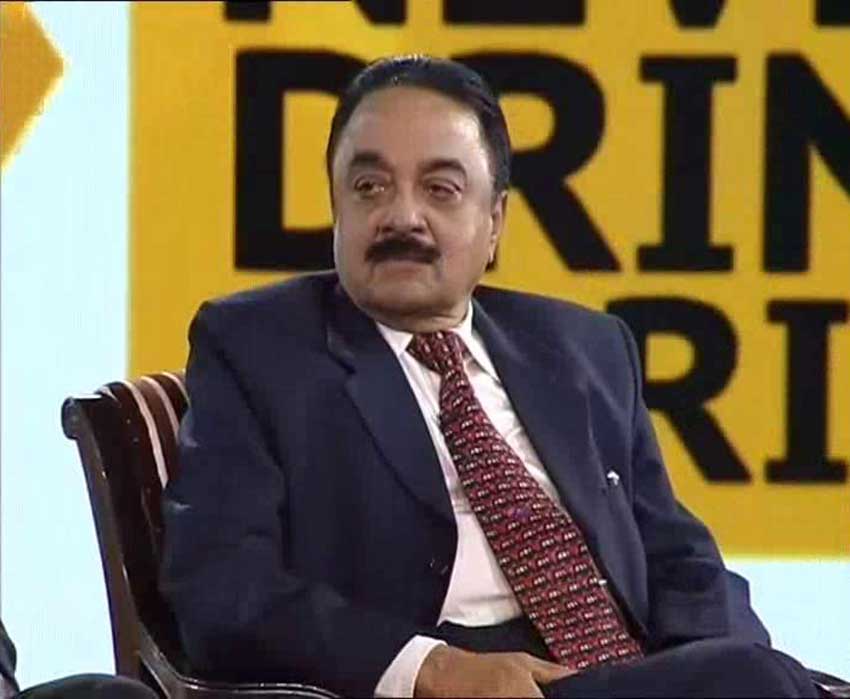 Jan 11, 2017 15:26 (IST)
I believe that the Motor Vehicle (Amendment) Bill is a good step but it has unfortunately been stuck for more than 5 months now: Saji Cherian, Director-Operations at SaveLIFE Foundation 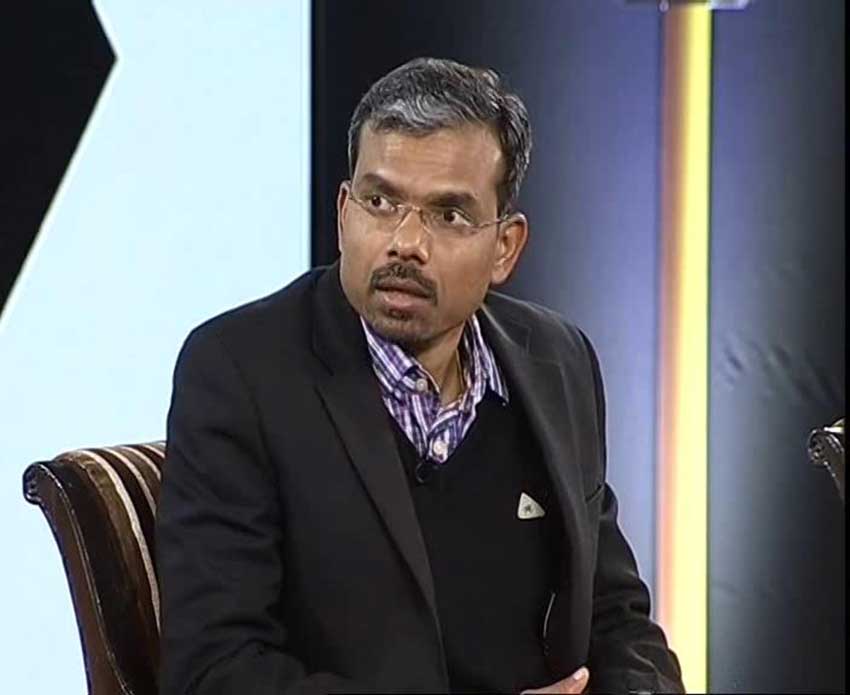 Jan 11, 2017 15:25 (IST)
Overall, road discipline is a challenge for all of us. We try to encourage traffic cops by holding workshops, health checkups, etc. It is a difficult job. There are very clear instructions to traffic constables to not take anything into consideration-whether someone knows someone influential or not: Garima Bhatnagar, Jt Commissioner of Delhi Traffic Police 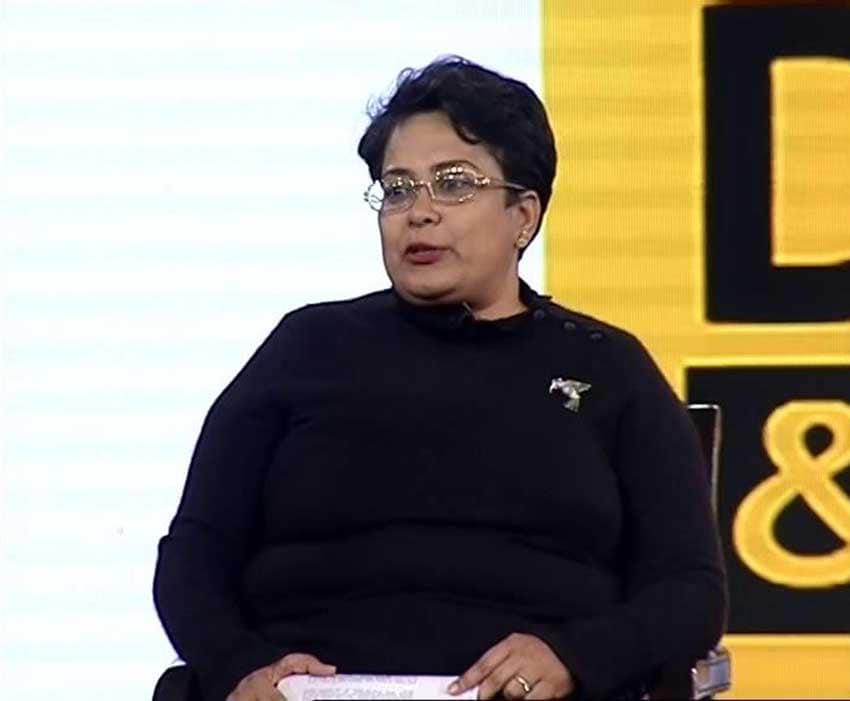 Jan 11, 2017 15:09 (IST)
In three-lane roads we have eight lanes because 76% of the vehicles are two-wheelers. Everyone is violating the rules and this is because the infrastructure does not allow it. No amount of CCTVs can fix this: Rohit Baluja, ‎President at Institute of Road Traffic Education

Jan 11, 2017 15:08 (IST)
Road safety is part of traffic management system. Planning of transport in totality for an entire city does not happen in India. Unfortunately, the department's in-charge of planning and designing are not doing this. Transport planning is very important and we haven't invested in this: Rohit Baluja, ‎President at Institute of Road Traffic Education 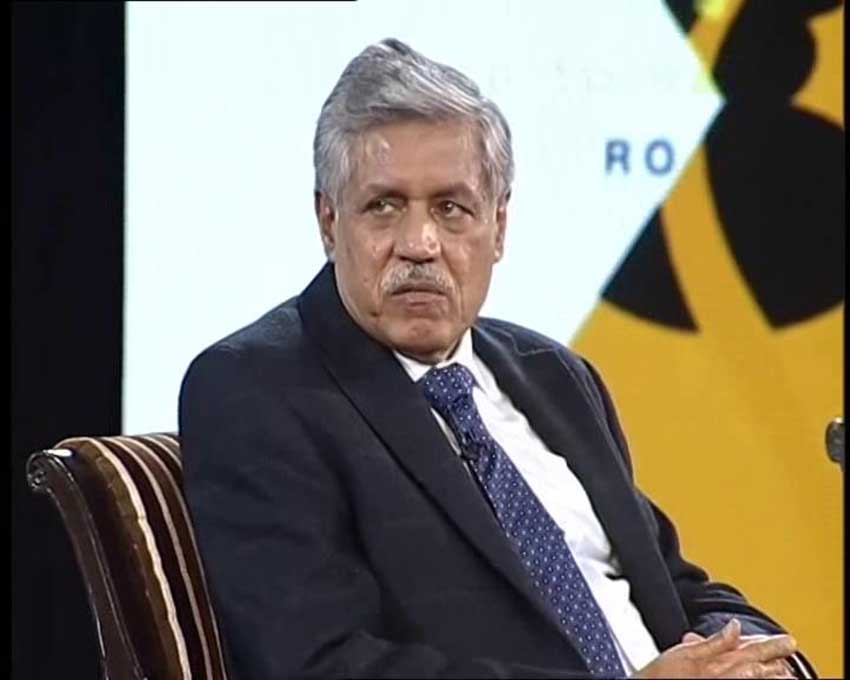 Jan 11, 2017 14:43 (IST)
Meet the Panelists of #RoadToSafetyConclave Session Three: Road Safety Bill - The Salient Features, When Will It Be Passed? 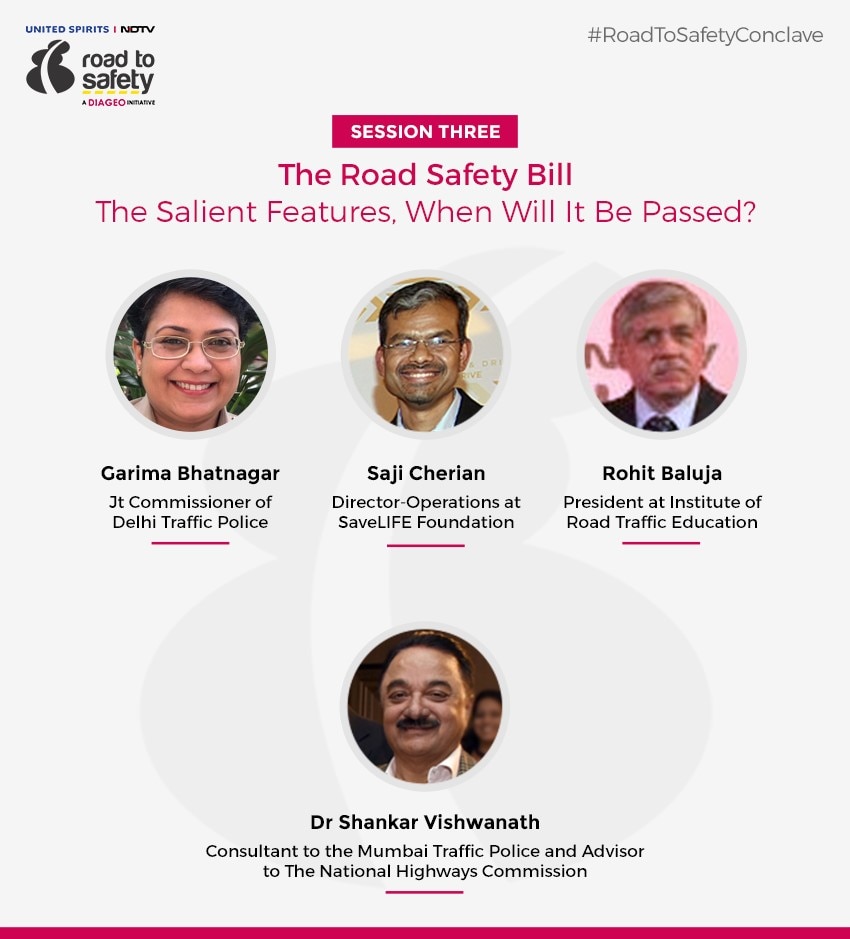 Jan 11, 2017 13:50 (IST)
We have a meeting on January 27 to discuss the Amendments to Motor Vehicles Act, if all goes well then I need to take to the Cabinet and then to Lok Sabha and post that it needs to be passed in Rajya Sabha. In a democracy we need to take everyone on-board. We need all the support to get this important Act through as soon as possible: Nitin Gadkari, Minister for Road Transport and Highways
Jan 11, 2017 13:47 (IST)
We are trying to decongest Delhi's roads by building a road network around the city covering Rajasthan and Punjab that will ensure a lot of the vehicles travelling on inter-state routes don't have to enter the city: Nitin Gadkari, Minister for Road Transport and Highways 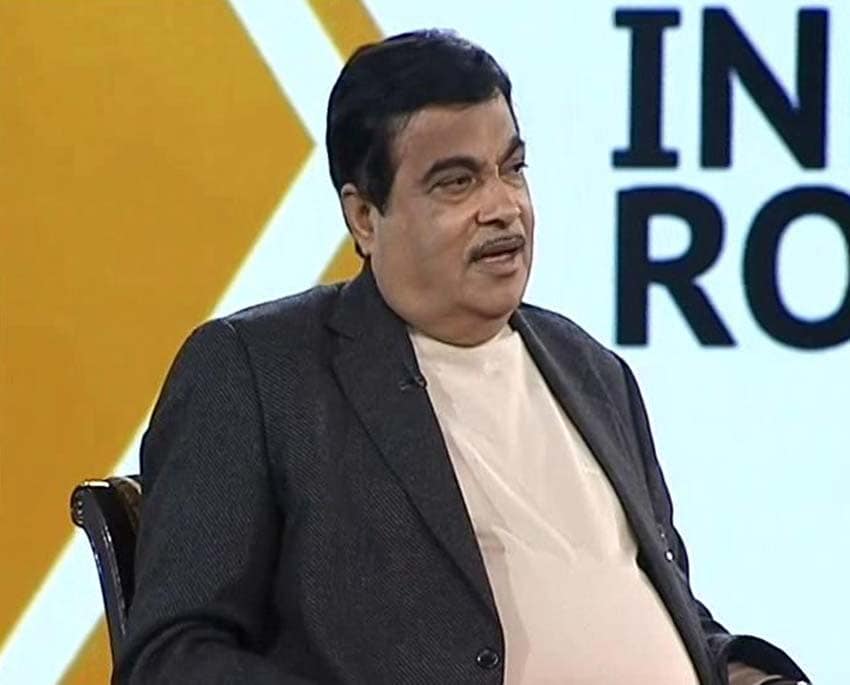 Jan 11, 2017 13:44 (IST)
We need to modernise and computerise our systems with the latest technology. This is something we are trying our best to implement. This will also help end corruption. People will automatically get informed about their violations and the fines to be paid, digitally, reducing interface with officials: Nitin Gadkari, Minister for Road Transport and Highways 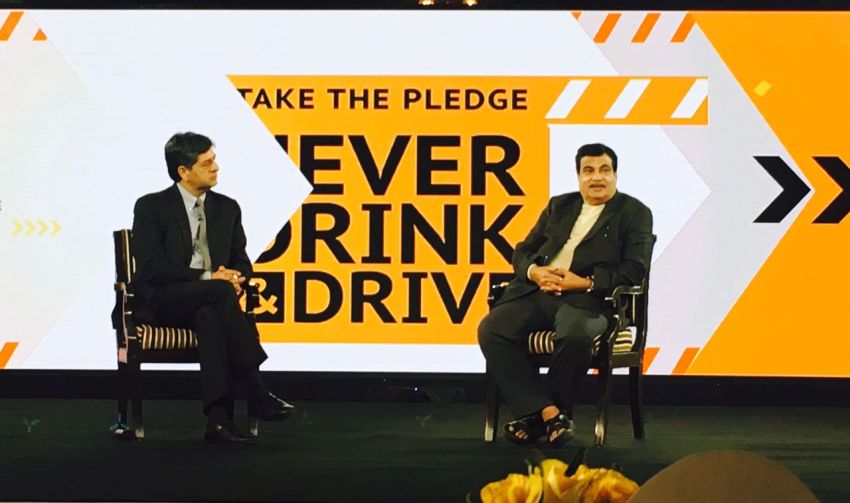 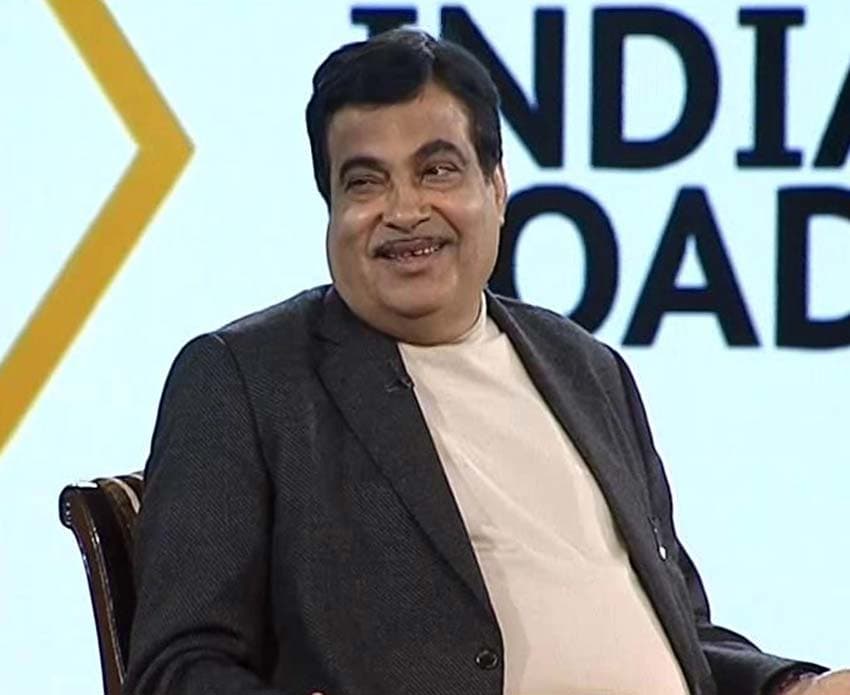 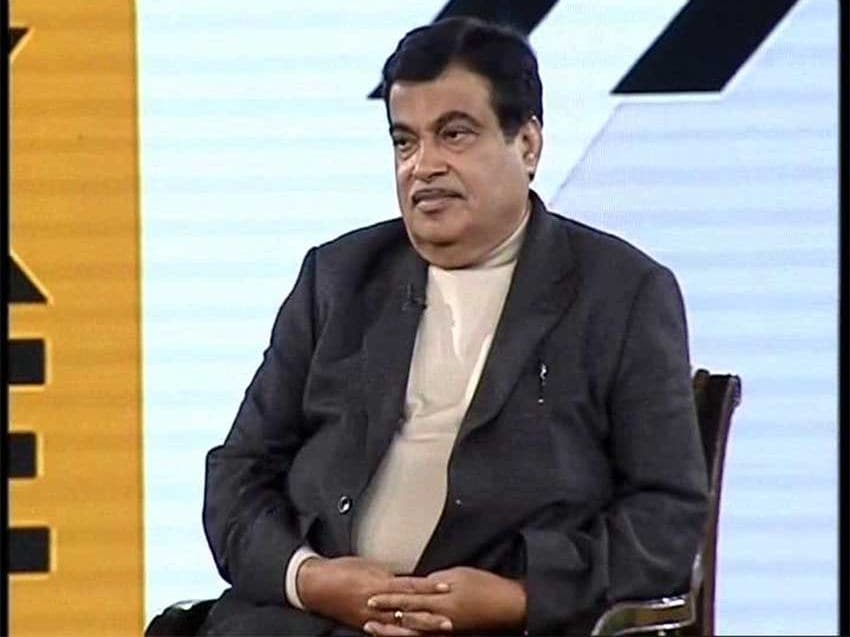 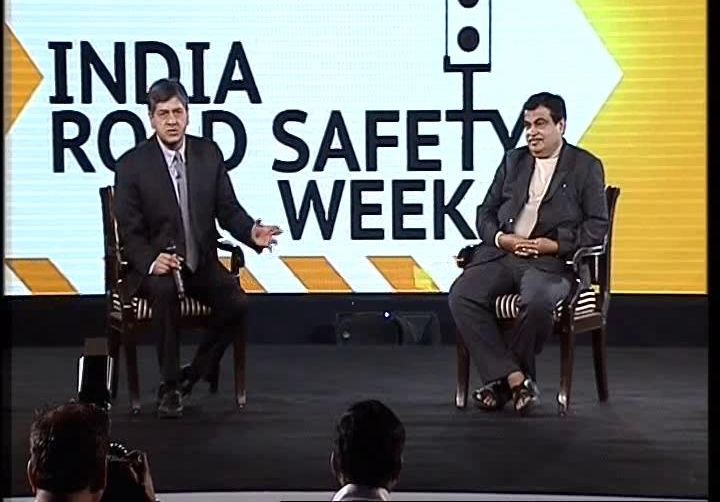 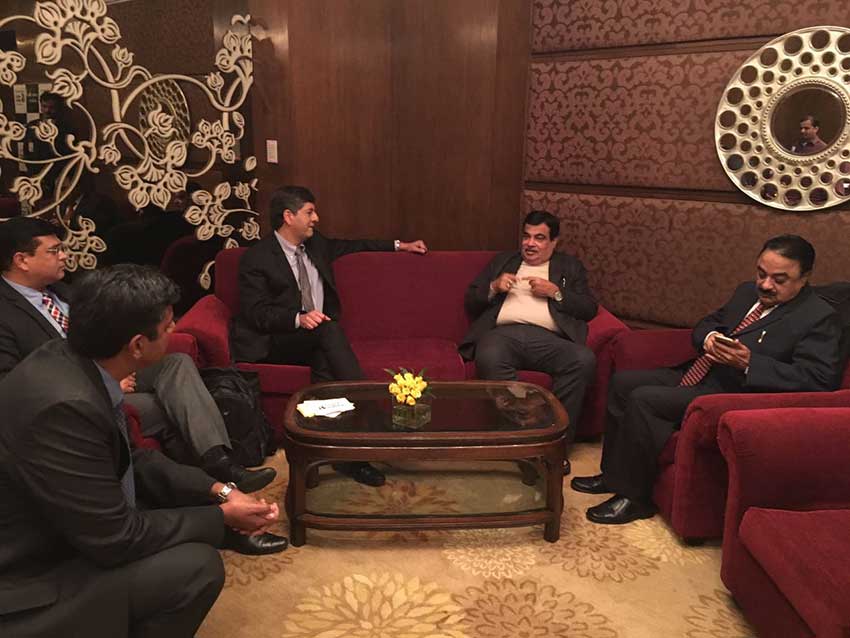 Jan 11, 2017 13:17 (IST)
The effects of drinking and then driving should be included in school curriculum. They should be taken to trauma centres to see the graphic consequences of the menace. Sometimes people are not caught and when they are, the effect of alcohol has already worn out. So they cannot be punished. We do not have any system to check whether people are driving the under the influence of drugs. Our footpaths are not properly made: Sanjeev Saxena, RTI Activist, Road Safety 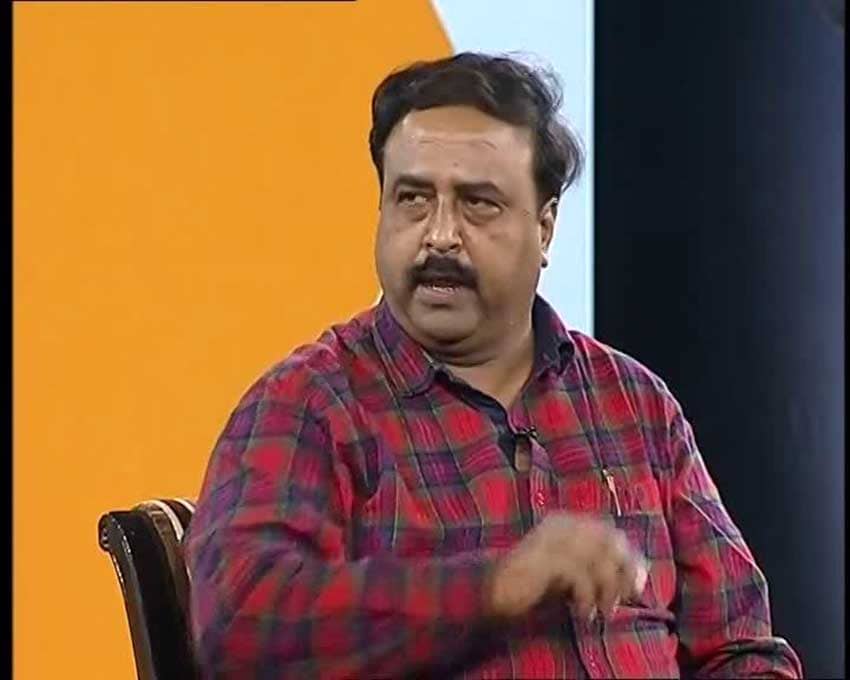 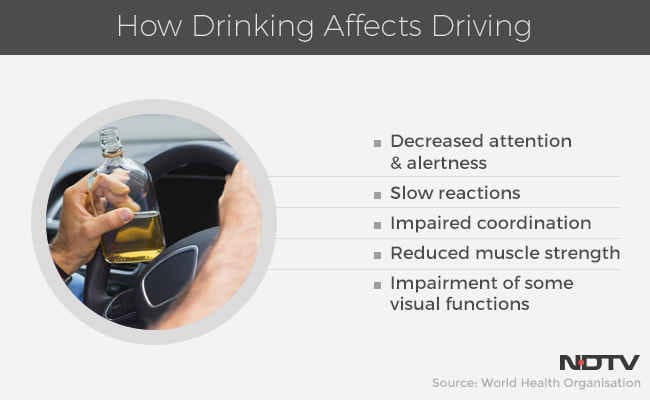 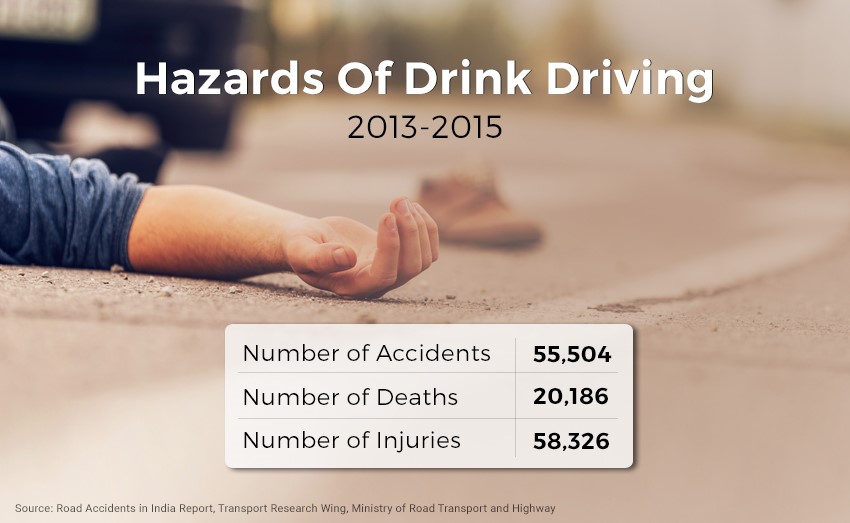 Jan 11, 2017 13:01 (IST)
Breaking the law, especially in Delhi, is considered to be a symbol of power. In Delhi, people believe that even if they get caught breaking the laws, they can use their connections to get out. Parents who encourage underage driving need to realise that it puts their own children at risk too. We need to increase fines for drink driving. Make sure that it pinches the offenders: Satyendra Jain, Delhi Health And Transport Minister 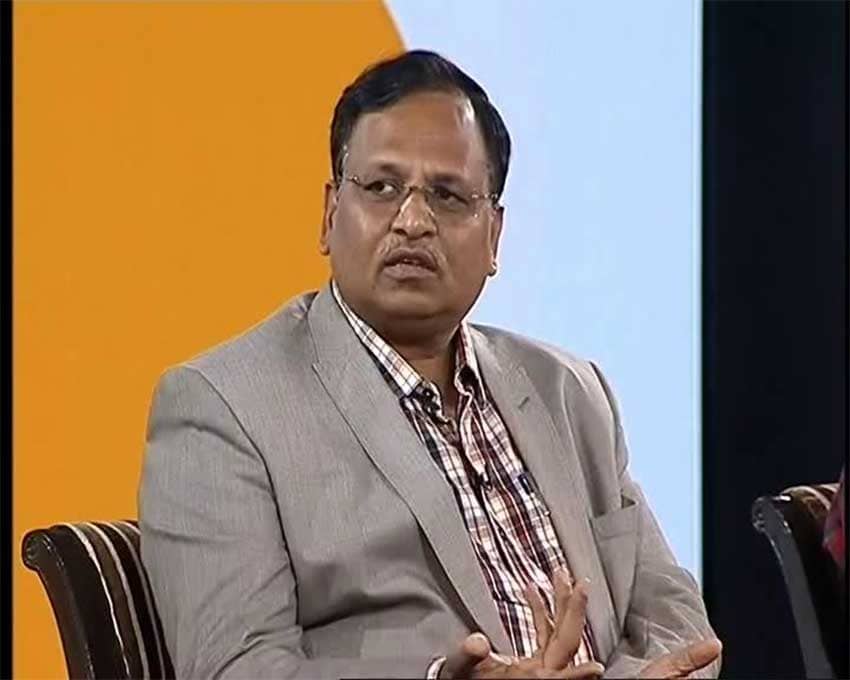 Jan 11, 2017 12:57 (IST)
Not following traffic rules is not limited to our youth, it extends to our society. The only reason we follow laws is because we are scared to get caught. We, as a society, need to consider following rules as our social responsibility. We need to change this attitude: Gul Panag, Actor and Entrepreneur 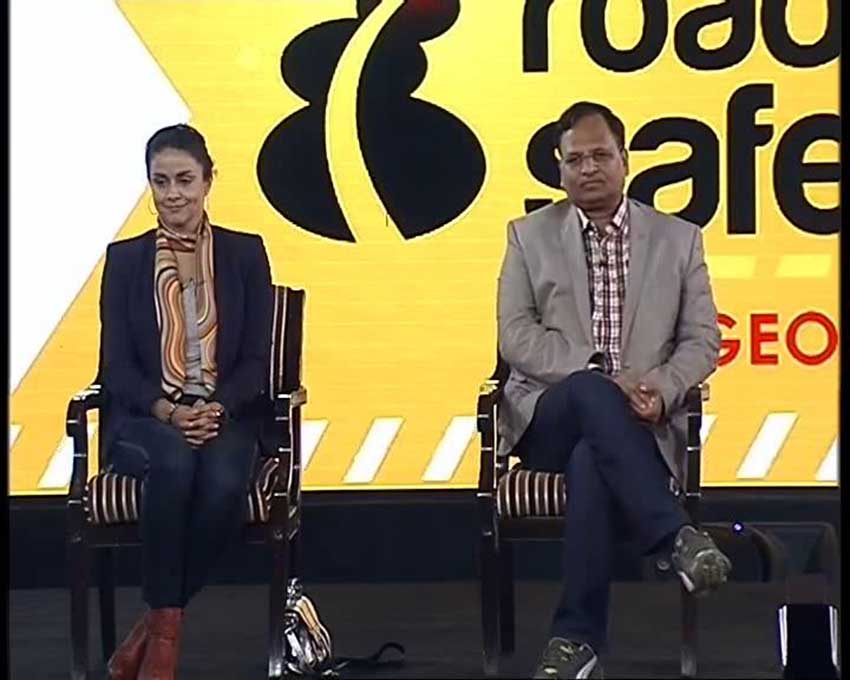 Jan 11, 2017 12:42 (IST)
Coming Soon on #RoadToSafetyConclave: Drink Driving/Drinking In Cars - A Growing Menace In Our Cities

Jan 11, 2017 12:27 (IST)
Educate people about the benefits of following the  law. Enforcement needs to go in tandem with behavioural change. Fear of law will only take you so far. There needs to an aggressive intervention to raise awareness about road safety: Gul Panag, Actor and Entrepreneur 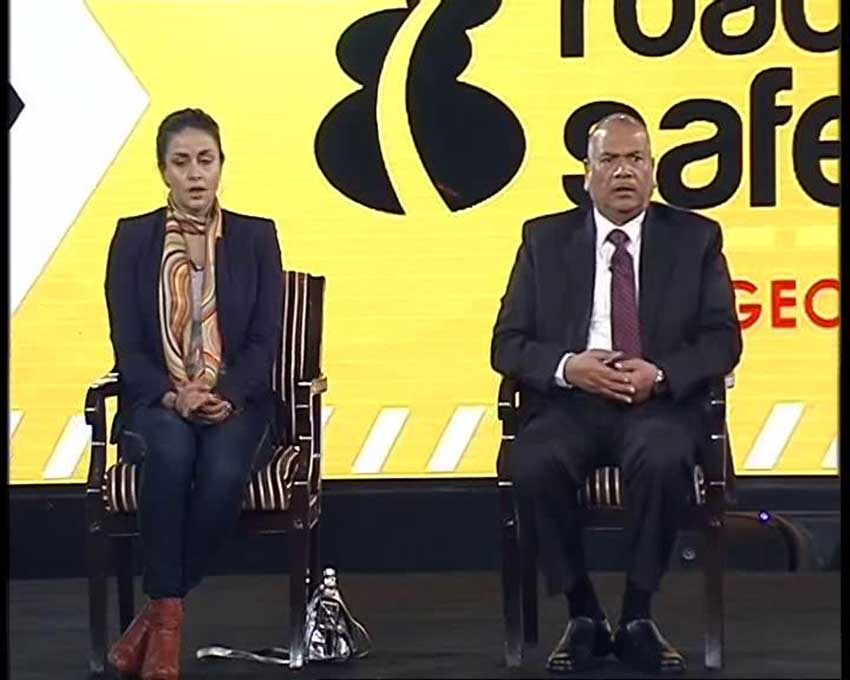 Jan 11, 2017 12:20 (IST)
We need a sustained campaign to inform people that they will not be liable or asked questions if they help in cases of road accidents. The treatment will be done before paperwork. No physician can deny primary treatment - the Good Samaritan law is clear on that. The Court has said a Good Samaritan will be respected by the police, doctors and society. These Good Samaritan guidelines need to be publicized. Noon will be harassed: Dr Amit Gupta, Professor of Trauma Surgery and Critical Care, AIIMS Trauma Center 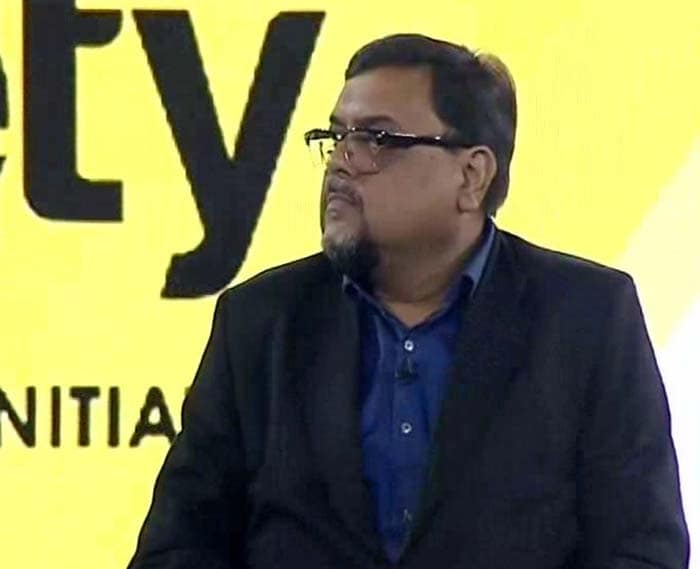 Jan 11, 2017 12:14 (IST)
Need to have a convincing campaign. We are bringing an element of connect back by making people pledge for their loved ones: Navdeep Singh Mehram, Head, Sustainability Of United Spirits Limited 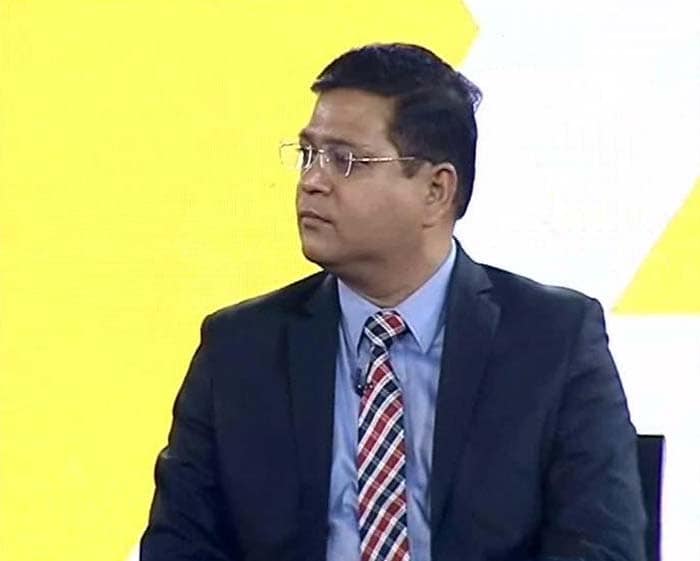 Read More: No Liquor Shops On Highways From April 1: Supreme Court
Jan 11, 2017 11:57 (IST)
India's road accident fatalities is 10% of global fatalities, which is really high. While in aviation India's safety record is as good as Germany's. This is because of tighter regulation in aviation and its stringent implementation is the key to this difference: Gul Panag, Actor and Entrepreneur 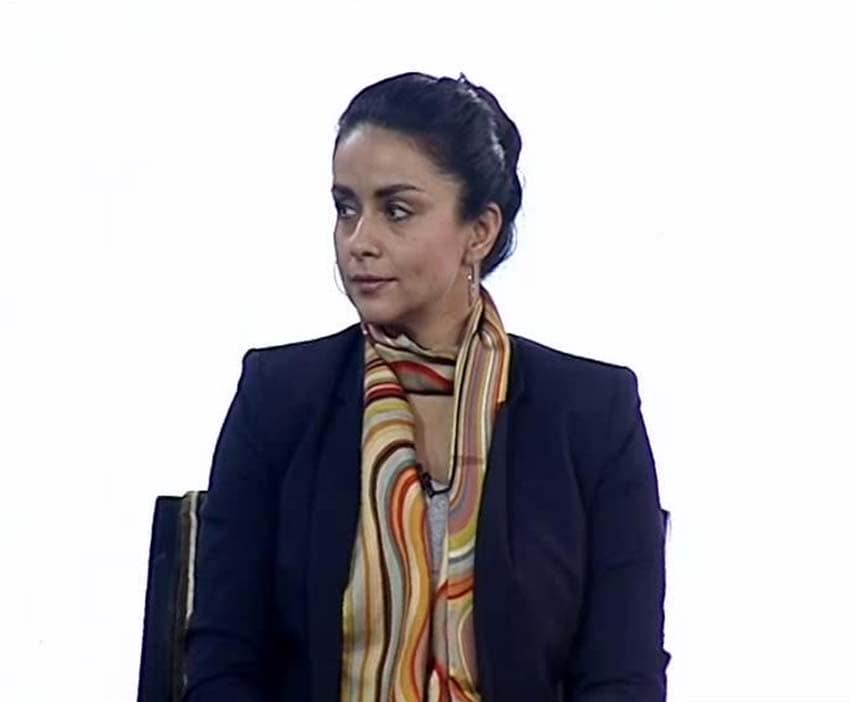 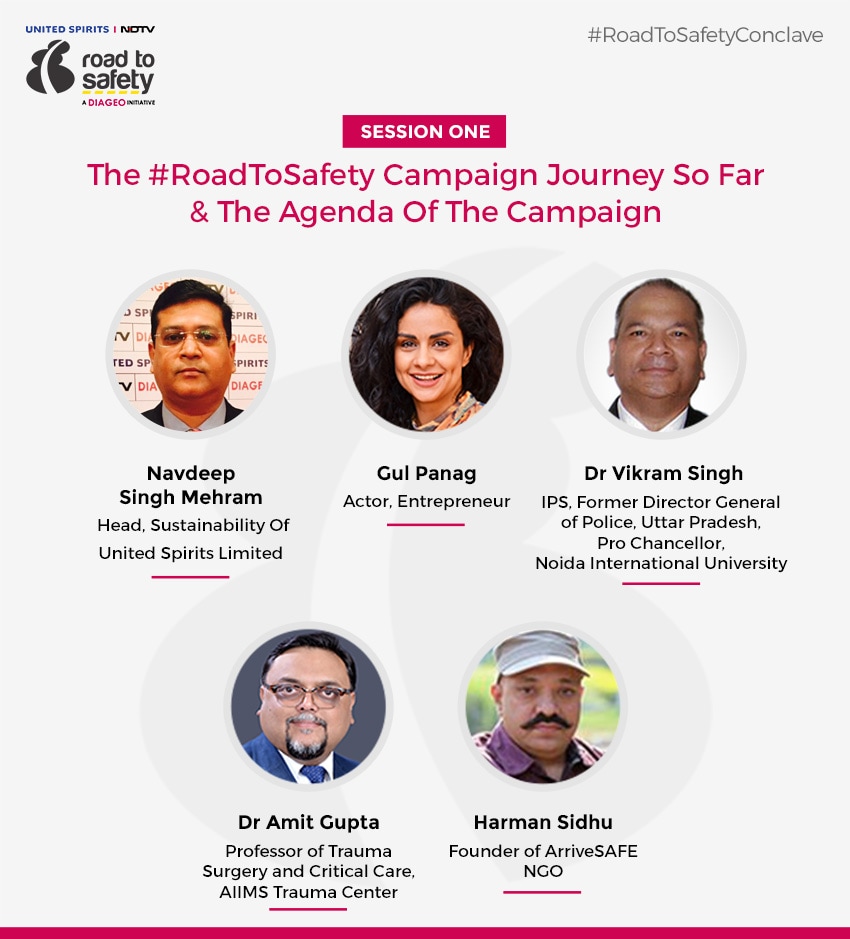 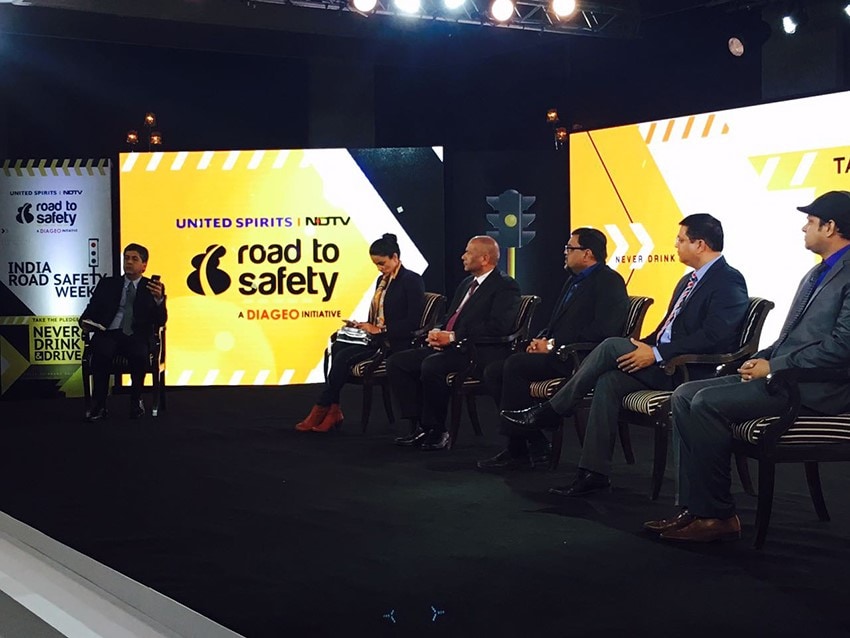 Jan 11, 2017 11:40 (IST)
The main focus of the NDTV-Diageo Road To Safety initiative is to raise awareness about the ills of drink driving.

Take the pledge to #NeverDrinkAndDrive here. 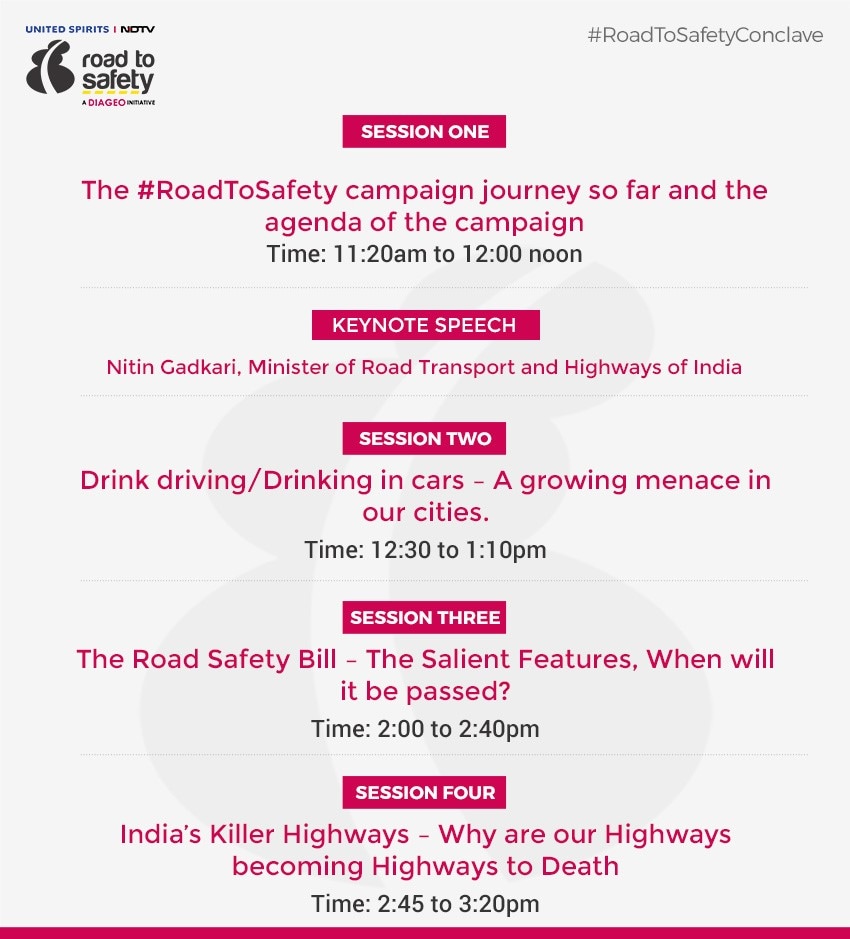 Jan 11, 2017 11:13 (IST)
As India celebrates Road Safety Week between January 9 and January 15, NDTV-Diageo Initiative gears up for the #RoadToSafetyConclave. 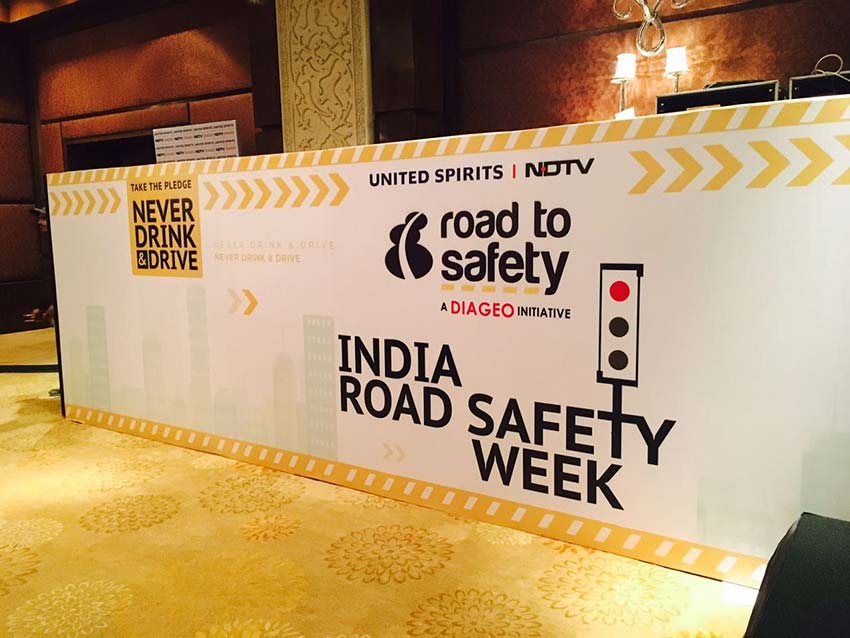 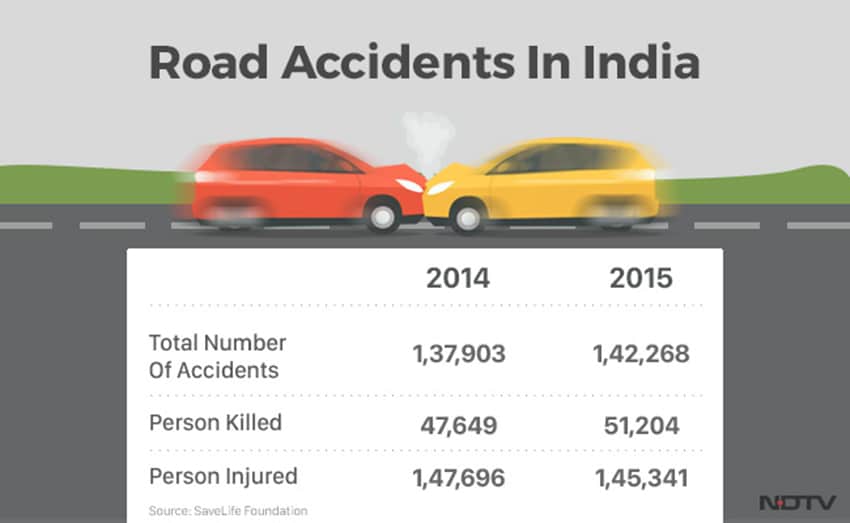 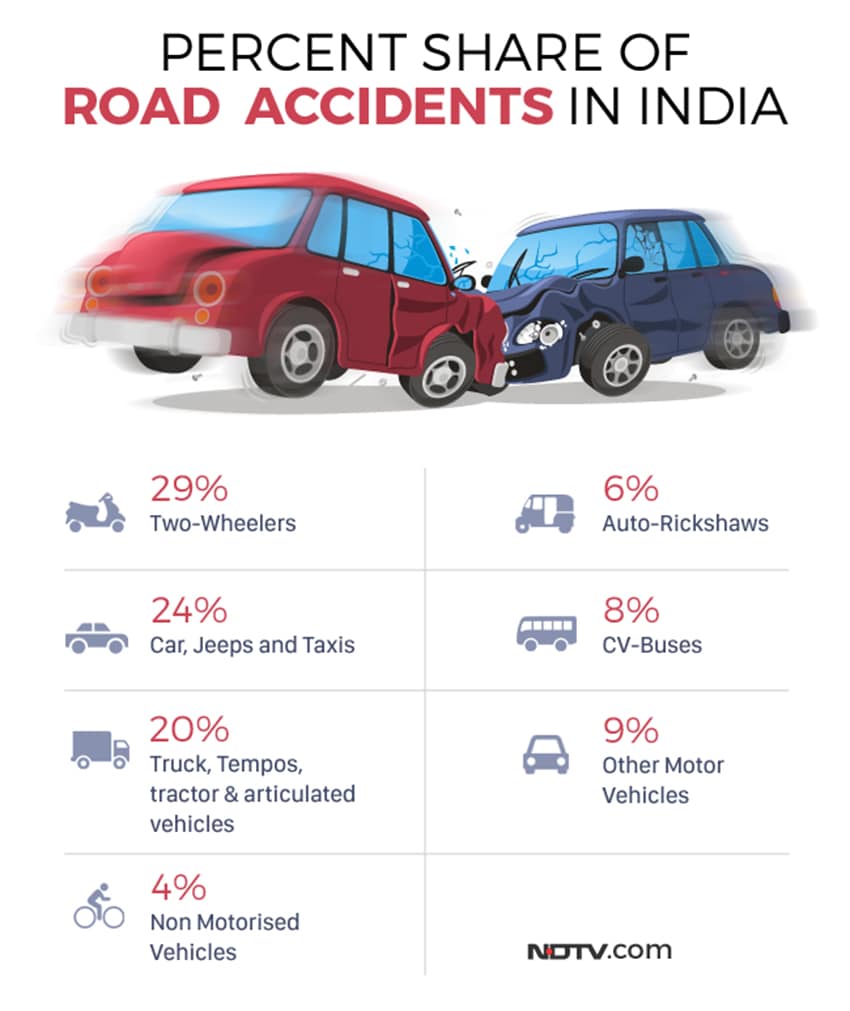 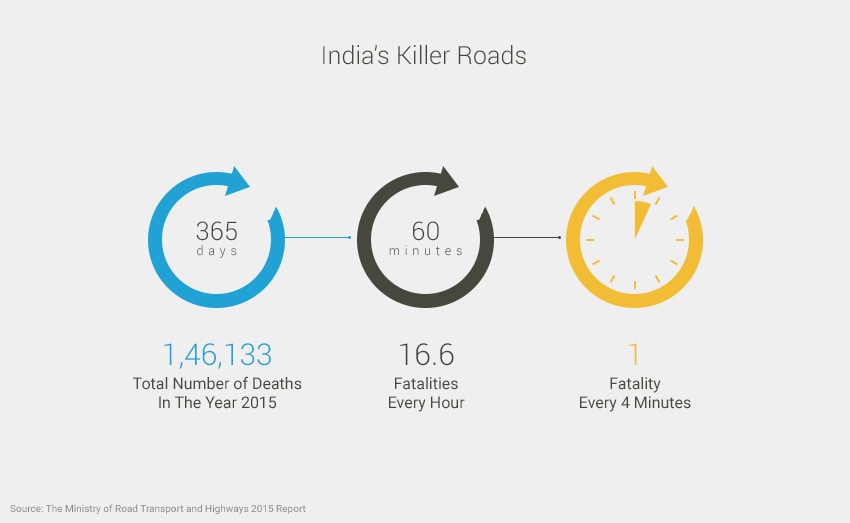