The air across many places in India is toxic. Pollution levels, while not at emergency levels like a few years ago, remain lethally high.

A glance at social media will show you who are the most worried. "Parents are only obsessing about how to protect their children (from air pollution). We're all terrified" tweeted a mother. 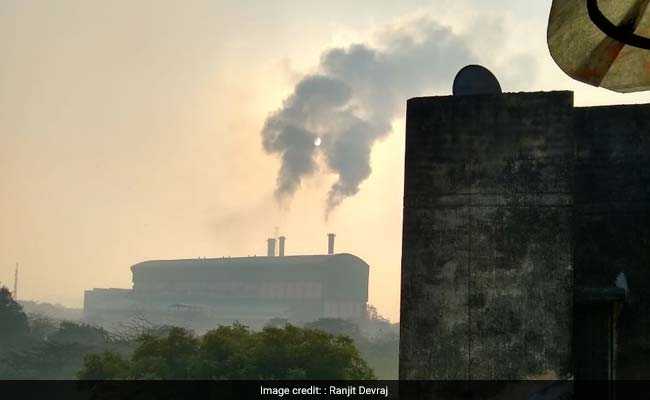 Then there are doctors, scientists and others demanding immediate action against air pollution. With elections just weeks away, more and more people are voicing their frustration. Many are appealing directly to the PM, Chief Ministers and other political leaders to cut air pollution, suggesting specific steps.

India is now widely recognized as the country with the worst and chronic air pollution; one top scientist from IIT Kanpur says that over last December-January, India's air pollution level was about 50 per cent worse than China. The immediate danger is largely from PM 2.5 pollutants which are microscopic toxins that beat the body's defences and settle deep in the bloodstream and organs, causing diseases from asthma to cancer to early death, children and the elderly being the most vulnerable. No doubt there are other pressing crises and election issues like jobs, farmer distress, corruption allegations...but why is there not enough noise over the one crisis that binds all voters, rich, poor, old, young, all genders, all regions? There is much lip-service by some in power but insufficient action, as this piece analysed. The recent National Clean Air Programme, a landmark no doubt, has some excellent suggestions like converting diesel gensets to gas-fueled but it stops short of implementing these. Perhaps what could be a start is a manifesto for clean air or at least a starting point for one. Here then is an attempt at one, with experts from Chintan, Climate Trends, Urban Sciences weighing in.

2. Make Public Transport Free Or Give Huge Discounts of at least 40% on days of high pollution (PM 2.5 'Very Poor' above 121 µ/m³); increase it incrementally - higher the pollution, fatter the discount. On 'Severe Emergency' days of PM 2.5 above 300 µ/m³, public transport should be free.

3. Cut Crop Burning By 25% Annually 2019 Onwards - The Centre must intervene and supervise this. Allocate funds for crop residue management efforts.

6. Incentivise Electric Cars ­with immediate effect for both private and commercial use.

7. More Monitors, More Data - Set up many more continuous air quality monitors. Delhi has 38, the rest of India only 99.

This is of course only one view of a clean air manifesto. But there is widespread agreement on one thing and that is the need for enormous and immediate action to clean the air we breathe. Our lives and those of our loved ones are in danger, more so than in any other country as this video points out 10 seconds in.