Sheikh Hasina Back In Power In Bangladesh, With A "No Celebration" Order

No victory celebrations: That is an order from the Awami League to its supporters across the country and that, in a way, tells the story of the elections in Bangladesh this time.

At least 13 people have been killed in the last 24 hours. According to some reports, the figure may be 17 or even 18. These deaths, taking place on a day that should have been about the celebration of democracy, has dampened the euphoria of the Awami League.

Senior Awami League leader Obaidur Qader said, "Winning and losing is like a tide that will ebb and rise. I appeal to my Awami League workers to remember this and not disturb our opponents in any way. "

But with incumbent Sheikh Hasina set to occupy the chair of the Prime Minister for the fourth time, it is difficult for the Awami League to keep the celebrations down. 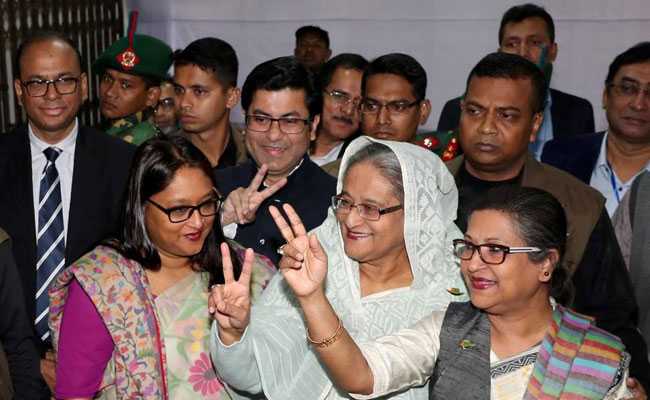 Sheikh Hasina is set to occupy the Prime Minister's post for the fourth time. (Reuters)

Sheikh Hasina, now 71, first become prime minister in 1996 and then continuously for 10 years or two terms since 2008. The new term will be the third consecutive one for her as the head of the country.

But even before voting closed at 4 pm yesterday, as many as 50 opposition candidates of the National United front had withdrawn from the polls. Hours after the counting began, the leadership of the NUF met and unanimously rejected the election and the results as a "fraud and fiction".

NUF chief Kamal Hassan said, "We never imagined anything like this could happen. It is a bad election. The Election Commission must hold fresh elections within 90 days under a caretaker government and not the government of Sheikh Hasina." 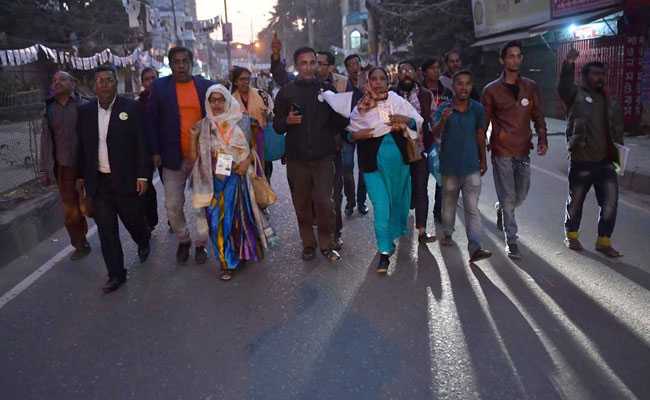 BNP leader Mirz Fakhrul Islam Alamgir said, "What we have seen is a mockery of democracy. We cannot accept this result".

The Awami League, however, refutes the charges.

Mr HT Imam, political advisor to the Prime Minister, said: "What is the opposition talking about? Of the 13 people reported till late last night, 11 are Awami workers. The opposition lost so badly because the BNP backed the banned Jamaat e Islami and Dr Kamal Hassan indirectly backed the Jamaat too. Many voters could not understand how anyone could support a party of war criminals."

As for allegations of rigging and booth capturing and the huge discrepancy in the fate of the two parties -- Awami League 259 and BNP 7 -- Mr HT Imam said, "I think the BNP will get some more seats from their strongholds."

That does not seem to have happened. Instead, complaints have poured in at the EC from the BNP and the public space.

"When I went to cast my vote, I was told they had run out of ballot papers," said one voter outside Dhaka. "I voted on an EVM machine. I pressed for one party, but the light went on another one," said a voter in Dhaka town.

"Poll stations closed for a lunch break from 1 to 2 pm and never opened again," said a third.

An Election Commission officer went to cast his vote and couldn't spot an opposition polling agent.

Just as telling as 'no celebrations', is the "slowdown" of internet once again from this morning. Internet was slowed down on polling day, restored at 6 pm and then cut again this morning.

Bangladesh may have finished the poll process, but there is a tension in the air.

How I Shot This Award-Winning Photo of Sachin Tendulkar