"May Day! May Day!" comes the call from Delhi Chief Minister Arvind Kejriwal, after realizing that blaming EVMs for three successive electoral defeats isn't cutting much ice with either his party members or the general public. The fact that Kejriwal actually met with his own party leaders and workers was a giant reversal (of trait) for a person whose arrogance had replaced the "simple piety" that he had projected during his swift climb to power. Finally, after seeing AAP's vote share plunge by 50% from the assembly elections two years ago, he is seemingly ready for some introspection. And now perhaps living in fear that his motley bunch may fall apart before the monsoon.

Frankly, while there may be some problems with EVMs, if all the opposition parties are to be believed, they cannot be the scapegoat for the disaster that struck AAP in Delhi, Punjab and Goa. If these machines were truly fixed for the ruling BJP, then why does the BJP (with allies) not cross 40% of the vote in any of these states? It would take somewhat brilliant programming to see that these machines generated just the right amount of votes in each constituency to ensure a BJP seat landslide without an overwhelming number of votes. And, implausibly, the EVMs in Punjab managed to choose Congress in many seats, and Akalis in others, to finish the AAP challenge there? Kerjiwal and Co's fictitious arguments are a fig leaf for the disaster that struck AAP at the polls this year. A disaster of their own making, the fault for which clearly lies at Kejriwal's doorstep.

For those who remember that Sunday afternoon in August 2011 when Delhi's citizens poured into India Gate and then marched to the Ram Lila Grounds in support of the movement led by Anna Hazare, it's hard to dismiss the impact that the anti-corruption campaign had on the psyche of the capital's citizen. And despite the split in the movement that followed, there remained an enormous amount of goodwill in Delhi for Kejriwal and his followers. This translated into the 2103 "victory" in the assembly elections. And in the 2015 re-run, the remnant of Congress support switched overwhelmingly to AAP, giving it a landslide victory. And in the landslide lie many of the reasons for AAP's losses now. 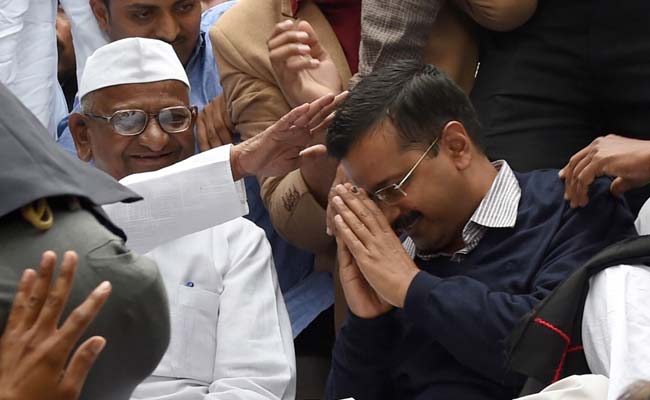 Actually, AAP began to slip from being the super-clean incorruptible force even before the polls, although the majority of voters did not see it. The ousting of those who did not agree with Arvind-ji was the first step towards the norm of Indian political parties, no dissent allowed. The next was the selection of a large number of Congress and BJP turncoats by the AAP in 2015, another typical political party move. Clearly, this people's movement was no longer living up to its halcyon image. But the people of Delhi were still under the spell of 2011 and their dream of a corruption-free city blinkered them into supporting AAP.

And as dreams die, this dream died almost immediately after the enormous election victory. The humble Chief Minister of yore, who had in 2013 settled for a semi detached house on Tilak Marg (the type senior bureaucrats have), now demanded a Lutyen's-size bungalow with more than a dozen air conditioners, supposedly to keep contact with the people of Delhi. Soon, however, his desire to meet the people was curbed by banning all dharnas outside his house. So the same Chief Minister whose political career began with dharnas was now against them. And that humble man, who was to cleanse the system, first needed to be cleansed himself of a throat infection. But instead of joining the queues at AIIMS (or one of Delhi's other government hospitals), he headed for two weeks to a private retreat in the salubrious climes of Bengaluru. The slip was showing. 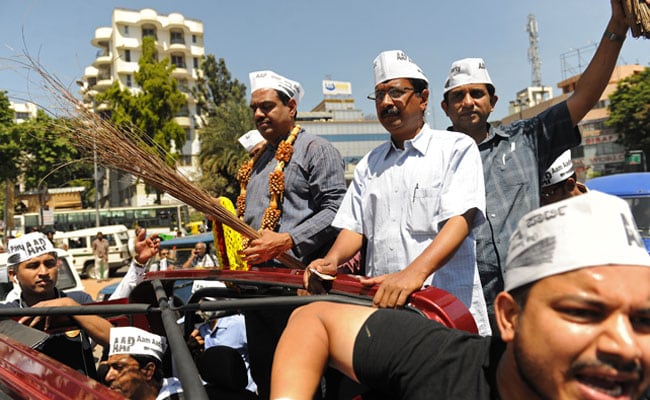 The tragedy of AAP in Delhi unfolded week after week. Many of the chosen disciples failed to live up to any moral standard, from having fake degrees to seeking sex for ration cards and many forms of largesse. And as SUVs replaced WagonRs and metro travel by ministers, déjà vu began to set in. For the middle class, their knight in shining armour was tarnishing, and Kejriwal's unending battle with the Lieutenant Governor, left Delhi in political limbo. Nothing happened. And Kejriwal, with greater ambitions than being a Chief Minister of Delhi, lost interest in city and sought greater gains in Punjab and elsewhere. News of AAP's foibles in Delhi had reached the middle class of Punjab and Goa, and they did not come forward to provide the fillip that Kejriwal anticipated.

And Delhi has followed suit.

If Kejriwal wants to be back in power here or anywhere else, he needs to stop playing politics all the time and get back to governance. In a city-state where power is divided, you need to work with others to get things done. Dilli-wallahs don't care if sewage comes under the Delhi government and storm drains under the MCDs. They want both to function. The same goes for roads and other infrastructure. So the first thing AAP has to do is learn that governing is about working together.

AAP needs to take down the barriers it is has built around itself and reach out to more than their core constituency; please stop whining about how you are suffering and get out and meet the people. When was the last time its MLAs (outside these Municipal Elections) actually interacted with their constituents?

Kejriwal and Team need to win back the trust of the middle class by providing a clean administration. Steps like applying for driving licenses online, a great move, have to be implemented much better. Even now there are huge queues of people who don't have access to the net, or don't know about about the online facility. Spend hundreds of crores on advertising these rather than the party.

AAP has another three years in power, and unless the machinations of others get its renegades to run away now, AAP needs to wake up to the fact that it has to work harder for and closer with the people who elected Kejriwal, or his party will be history, possibly before the next state election in 2020.

Disclaimer: The opinions expressed within this article are the personal opinions of the author. The facts and opinions appearing in the article do not reflect the views of NDTV and NDTV does not assume any responsibility or liability for the same.
Comments
Delhi resultsDelh MCD elections 2017Arvind KejriwalAam Aadmi Party