India's decision to extend an invitation to the Australian Navy to be a part of this year's Malabar Naval exercises isn't just about making a strong diplomatic statement to Beijing.

As China builds its Navy at an unprecedented pace, a Naval alliance composed of the United States, Japan and Australia may be best placed to counter Beijing's growing maritime influence in the South China Sea and Indian Ocean on the basis of their shared military capabilities. 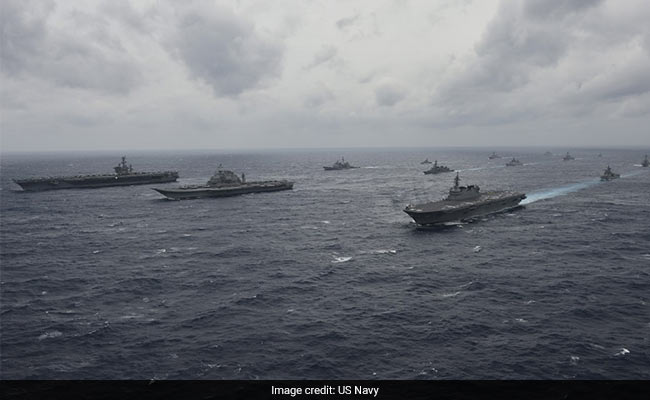 A Naval alliance composed of the United States, Japan and Australia may be best placed to counter Beijing's growing maritime influence in the South China Sea and Indian Ocean.

This has a lot to do with the weapons, sensors and platforms that the four Navies use. In simple terms, the Navies of these nations have systems that increasingly "talk to one another" through electronic data-links and encrypted communication systems. These compatible systems, deployed on a host of platforms including helicopters, maritime surveillance aircraft, submarines and warships and would be of immense use in the event of joint Naval operations against a Chinese fleet. The clearest example of this is the Lockheed Martin MH-60 "Romeo'' multi-role helicopter. This chopper, widely considered the most advanced in its class, is operated by Japan, Australia and the United States off the decks of their warships. The first of the Indian Navy's 24 US-made MH-60s, being acquired in a $2.6 billion deal, is set to arrive by the end of the year.

In joint Naval operations over thousands of square kilometres, MH-60Rs, being operated by these Navies would be able to electronically share information from their sensors on the potential location of Chinese submarines, ''box in'' the enemy target and engage it using torpedoes, if necessary. Each helicopter would not necessarily require to return to its "mother'' ship since they can, as easily, operate off the deck of an allied warship, where they can be serviced using common components, refuelled, and re-tasked for another operation.

It's the same story with India's soon-to-be-acquired Sea Guardian maritime surveillance drone. Capable of loitering over its mission area for more than 25 hours, a single Sea Guardian, manufactured by the US firm General Atomics, can be the eyes and ears of a combined fleet. Equipped with a maritime surveillance radar, an infrared and electro-optical targeting system and an electronic warfare suite, a Sea Guardian can detect an enemy fleet hundreds of kilometres away, information that can be instantly shared to a combined fleet through a secure electronic data-link. 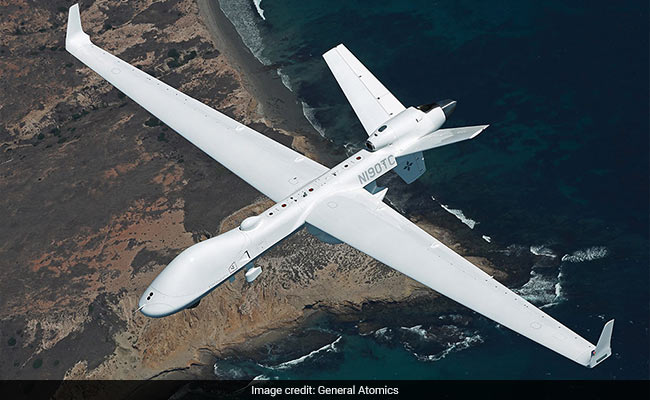 A Sea Guardian can detect an enemy fleet hundreds of kilometres away.

Presented with a holistic picture of threats in the area through a platform such as the Sea Guardian, a combined task force commander can delegate responsibilities to assets under their command.

Both the US, Australia and India also use the Boeing P-8 maritime surveillance aircraft. Presently, the most advanced airborne surveillance asset of the Indian Navy, P-8s are deployed through the year to detect the movement of Chinese warships and submarines once they break into the Indian Ocean through the Malacca, Lombok, or Sunda straits off Indonesia. Designed to fly for upwards of seven hours, the P-8s can also monitor Chinese Naval activity from their base in Djibouti in the Horn of Africa.

In the context of combined Naval operations with the United States, Japan and Australia, P-8s operating from Naval bases across the Indian Ocean can detect enemy ships, pass off this targeting information to 'friendly' forces in the region which can target them using different platforms. In the context of a data-linked Naval fleet such as the one being discussed, a 'sensor'. such as the P-8, doesn't need to be the 'shooter'. In other words, the platform that detects a target doesn't need to be the one that 'prosecutes' or attacks it using a weapon such as a missile or torpedo. 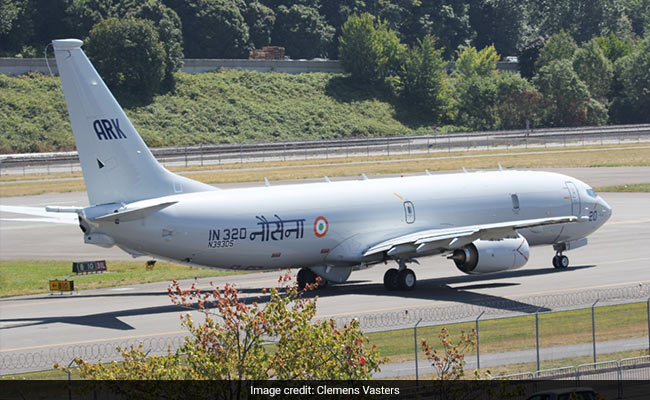 Both the US, Australia and India also use the Boeing P-8 maritime surveillance aircraft.

Key to India being able to attain this level of interoperability with US, Japanese and Australian platforms may be linked closely to New Delhi agreeing to sign the Basic Exchange and Cooperation Agreement for Geo-Spatial Cooperation (BECA), which would allow the US to share precision satellite and topographical data from its constellation of military satellites on a real time basis. There is a broad understanding that New Delhi and Washington may close-out signing BECA after years of negotiation when the US Foreign and Defence Ministers meet their Indian counterparts in New Delhi later this month in the 2+2 talks.

Once signed, BECA would be the last ''foundational'' agreement between the United States and India which would truly bring New Delhi to the same level as Washington's closest NATO partners. Since 2002, India and the US have signed several agreements formalising their strategic relationship including the General Security of Military Information Agreement (GSOMIA) in 2002, the Logistics Exchange Memorandum of Agreement (LEMOA) in 2016 and the Communications Compatibility and Security Arrangement (COMCASA) in 2018.