Ahead of Meeting With Salman, Geeta Had a New Outfit Made 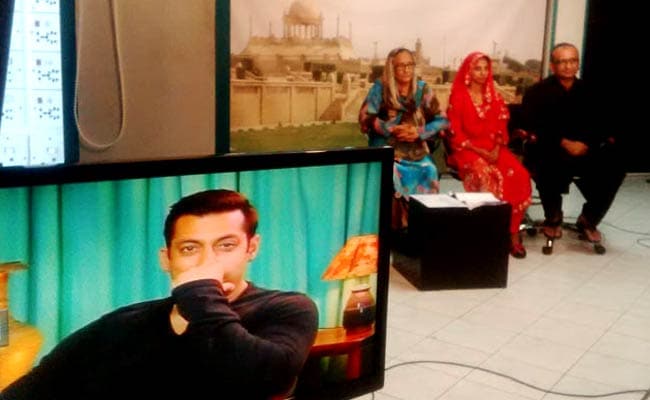 As the satellite link disconnected and the lights dimmed in the studio, she began to sob inconsolably. Counting days on her fingers, Geeta wanted me to tell her exactly when Salman Khan was due to reach Karachi and carry her across the border, back to India. To lighten the atmosphere, I cracked a stupid joke but as Geeta wiped away her tears and smiled only barely, I knew had no answer.

Just two days earlier, gesturing with her scrawny forearm, speech-impaired Geeta conveyed to me that she wanted to meet Salman Khan. Along with her best friend Razia, she had watched Bajrangi Bhaijaan on cable the night before and was convinced Salman, who had delivered a voiceless Pakistani girl home from India in the film, would reunite her with her family. Geeta's request stayed with me and I was sure it was worth a shot.

A phone call and a few emails later, my colleagues in Mumbai had in a matter of only a few hours been able to get Geeta an audience with Salman - no visas required, who would have thought connecting people would be that simple? 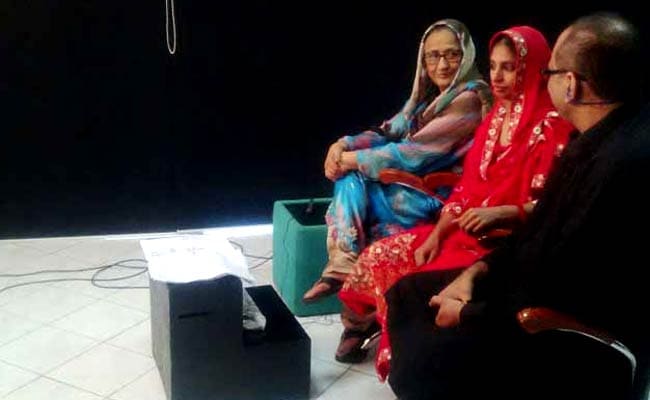 When I informed Geeta, her excitement knew no bounds. She flashed a huge grin and hugged me tight before running into her room only to return a few moments later, carrying a paper bag embellished with gold. She pulled out from it embroidered red fabric that had been gifted to her by the Indian High Commissioner's wife when she visited her a few days prior. Geeta had initially planned to have it stitched to wear on the flight home, but it was now to be worked on urgently, overnight, for her to don when meeting Bajrangi Bhaijaan.

Sadly, the new outfit wasn't quite the good luck charm she hoped it would be. Salman was of the opinion that unless Geeta's parents or siblings come forth and are willing to care for her, she should remain in Pakistan with the Edhi family. His blunt response was clearly not the reaction Geeta had anticipated. Her expression said it all - it was like she had suddenly lost all hope. Two screenings of Bajrangi Bhaijaan have Geeta completely convinced, that like Munni, she too will one day have a happy ending. Fortunately or unfortunately, she is unaware that the road to that long hoped for journey home is not so simple.

Post the success of Bajrangi Bhaijaan at the box office, the renewed interest in her case has come as a ray of hope for Geeta - a straw she is clinching on to tightly, one she is unwilling to let go. Despite a loving family she can call her own, Geeta longs to return to her childhood home in India, number 193, where ever it may be.

Having inadvertently crossed over the border from India into Pakistan, Geeta was on humanitarian grounds handed over to Edhi Foundation by the Pakistan Rangers some 12 years ago. Unable to hear or speak, it is Karachi that she has called home for now over a decade. Over the years, despite repeated attempts to reunite Geeta with her own, authorities have thus far had little or no luck tracking down the whereabouts of her family.

Geeta's plight is heartbreaking. Not only is there an intense longing to return home to her loved ones, but also the immense frustration at not being able to convey to others what she wants to say or how she feels. She spends hours on end, writing, scribbling her thoughts in a diary, in a language not so coherent. She also likes to draw and often sketches her home, near paddy fields and a maternity home, she remembers only but vaguely.

As efforts to make possible Geeta's return to India once again gain momentum, she is excited yet anxious. There are indeed miles to go before this puzzle is even partially pieced together, but for Geeta, the past few weeks have only been ground gained - one step closer home, one step closer to being reunited with her family. Here's hoping!

(Yusra is NDTV's Pakistan correspondent doing her bit for better cross border ties one story at a time.)