An 8-Year-Old In Jammu, Betrayed Over And Over

It is impossible to read these 15-pages without a visceral reaction. They provide, in stomach-turning detail, how an 8-year-old girl from a nomadic Muslim tribe was kidnapped, kept hostage at a temple 70 kms from Jammu, how her gang-rape and murder in January was covered up by the local police.

The chargesheet, filed by the Crime Branch of J&K police, says that the 8-year-old was not fed for the four days that she was kept captive. She was put on sedatives while she was raped by three men. The drugs ensured she would not cry out loud, not even when she was strangled.

The documents say all this happened under the watch of the temple custodian Sanji Ram. His own son, Vishal, his nephew (a juvenile) and a special police officer, Deepak Khajuria, are also accused of raping her and are among the 8 men who were arrested by Crime Branch.

It's a case I have followed from the day when the child's body was found on January 17. I have often trekked the forests of Rasana, where she was herding horses when she was lured away by the juvenile. A week later, her mutilated body was found among bushes in Rasana.

This was not a criminal act alone. The motive was to further what many political parties, civil society groups and lawyers in Jammu have been demanding for long that nomads and Gujjars, who are Muslim, should be evicted to prevent a "demographic change" in the Jammu region.

The Crime Branch's investigations have established that the atrocities against the 8-year-old were meant to strike fear among nomads and bakarwals, who count for about less than 8 percent of the population in and around Jammu, and drive them out of the area.

The nomads' demand for the implementation of the Forest Rights Act in Jammu and Kashmir, which would give them rights to use forest land has been stonewalled by the BJP as its supporters hold that the Gujjars are encroachers. The state's Forest Minister Lal Singh has cited Article 370 which gives the state the right to clear or reject central laws to block the implementation of the Forest Act.

It's because of this reason of land and demography of its occupants that the hatred against nomads and Gujjars is running deep. Daily harassment, attacks and burning their settlements of huts known as "Kullas" is routine.

After the horrendous murder, what was more shocking that an entire village colluded to disallow her burial in a small plot of land owned by her father. The Hindus didn't want a graveyard to come up in Rasana village. The little coffin was carried far away. Her body had to be buried several kilometres deep in the forest.

Among the policemen who were sent to search for the child, after her father filed a police complaint about her kidnapping, was her alleged tormentor and rapist Deepak Khajuria. He even harassed and beat nomads visiting Rasana to offer their condolences to the family. 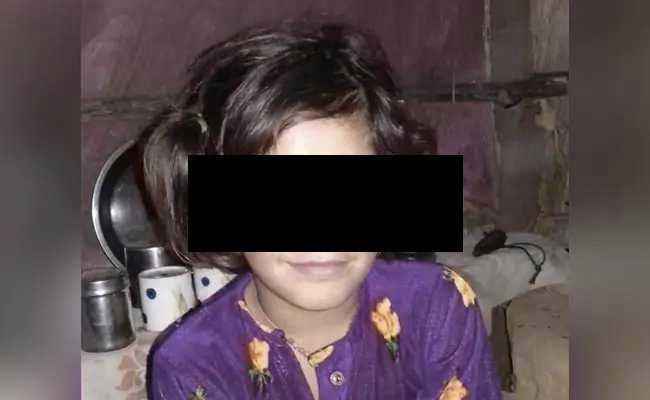 The 8-year-old was kept captive, gang-raped and murdered in Kathua

After the child's burial, the parents were barely able to speak to me. They were terrified to name the accused, fearing that they may be driven out of the village. It was a relative who told me what exactly had happen. She was agitated after seeing the body during her "Gusul" (final bath) before the burial. She told me how badly the child was violated. She and other relatives named the people behind the crime.

They named Sanji Ram and his son. For me it was hard to believe that a father would mastermind a kidnapping of an 8-year-old and his son would rape her. They said Sanji Ram has a notorious past. Shariefa Begum was ready to face the consequences of her accusations.

Sanji Ram surrendered on March 20, a week after Jammu and Kashmir High Court directed Crime Branch to arrest him.

Spearheading a brazen campaign against investigations was an organization called the Hindu Ekta Manch. Sanji Ram was the key driver behind protests against Crime Branch investigations. I met him on March 3, during a bandh in Kathua in defense of the accused. Sanji Ram relayed confidence as he told me that he's "also fighting for justice but the Crime Branch is only arresting innocent people."

The group was supported by people from all political and social groups in Jammu including the BJP and Congress. They marched with the tricolour in their hands. They wanted an investigative agency of their choice. A CBI inquiry. Dr Jitendra Singh, the local MP who is a minister in the Prime Minister's office, did not condemn the crime. He was the first senior leader to support the Hindu Ekta Manch.

Besides MLAs, two senior BJP ministers, Lal Singh and Chander Prakash Ganga, attended rallies in support of the accused. They even warned the police against arresting any person in the case. Video of their speeches inciting crowd against the Crime Branch have gone viral. Will they ever face any action? In 2016, Lal Singh had threatened a delegation of Gujjars with "Have you forgotten 1947?", a reference to the massacre of Muslims in Jammu.

Anyone who spoke for the 8-year-old was declared as a Pakistani agent and conspirator to upset Jammu's "peaceful" atmosphere. Nomads demanding justice were beaten and injured by the police; the same police was escorting pro-rape rallies.

It's a case where different arms of the government and political groups colluded to subvert the investigation. Police station Hiranagr which initially investigated the case destroyed crucial evidence. The child's blood-soaked clothes were washed before they were sent to a forensic lab. Two officials including a Sub-Inspector have also been charge-sheeted for destruction of evidence.

The district hospital at Kathua took more than two months to give a post-mortem report. The medical superintendent who had given a preliminary report confirming rape was suddenly transferred.

A writ petition filed in February by the girl's family before the Jammu wing of the High Court ensured a fair investigation. At every hearing, the Crime Branch submitted a status report of its investigations and based on the available evidence, the High Court ordered arrest of accused. But despite the court-monitored probe, lawyers and political parties opposed it ardently.

The lawyers even blocked the court and prevented the Crime Branch from filing the charge-sheet on Monday. Finally, when investigators managed to enter the court, the magistrate was reluctant to accept the charge-sheet. It took them six hours and intervention from the highest levels of the government and the court for the charge-sheet to finally be accepted.

The 8-year-old's ghastly death - the worst possible end for a young child - highlights the growing communal tension in Jammu. The dangers of allowing it to surge for political benefit are immense.

Promoted
Listen to the latest songs, only on JioSaavn.com
(Nazir Masoodi is NDTV's Srinagar Bureau Chief)

I Haven't Seen This Kind Of Rain In Years In Mumbai