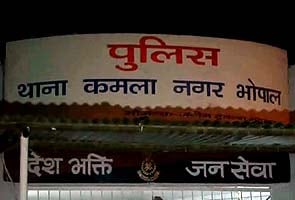 Bhopal: In yet another horrific incident, a three-year-old differently-abled girl was allegedly raped by her father in Bhopal's Ambedkar Nagar area last evening. The man has been booked for rape.

The man who is in his 30s and is a daily wage earner allegedly assaulted the girl after returning home in a drunken state.

The neighbours heard the girl's screams and rushed to the house. When they saw the girl being assaulted, they beat up the accused and immediately called the police.

Police rushed to the spot and arrested the man. The girl was admitted to a local hospital, where medical tests confirmed she was raped.

Promoted
Listen to the latest songs, only on JioSaavn.com
The girl lived alone with her father after her mother passed away last year.