A judicial commission set up to investigate the alleged gunning down of eight suspected SIMI activists after their escape from the highly-fortified Bhopal Central Jail on October 31 last has submitted its report to the Madhya Pradesh government. 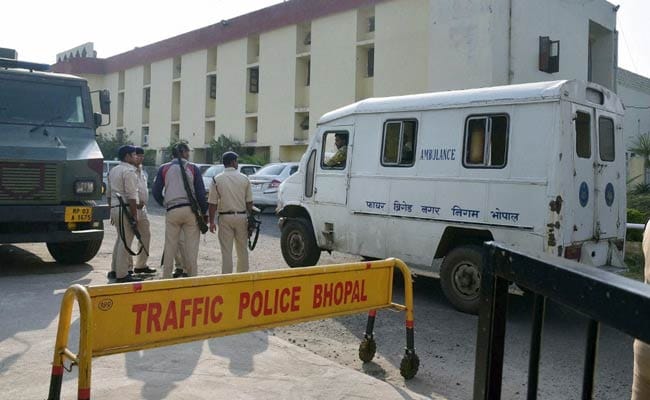 Eight members of SIMI were killed in an encounter near Bhopal hours after breaking out jail. (PTI)

Bhopal: A judicial commission set up to investigate the alleged gunning down of eight suspected SIMI activists after their escape from the highly-fortified Bhopal Central Jail on October 31 last has submitted its report to the Madhya Pradesh government.

The one-man judicial commission's report has been submitted to MP's General Administration Department Additional Chief Secretary (ASC) Prabhanshu Kamal, a top official of the GAD confirmed to PTI, but he did not reveal when it was submitted.

"I have been operated upon and am out of Bhopal," said Mr Pandey when contacted over phone.

"Contact my office or the General Administration Department (GAD) to know about the report. I cannot speak further. Thanks," he told PTI.

The reports are expected to be tabled in the winter session of the state assembly.

The MP government had on November 3 announced the one man judicial commission comprising (retired) Justice Pandey to probe all aspects related to how SIMI activists escaped from the high security jail after killing the security guard and the alleged encounter that took place afterward.

A controversy had raged over the police action following the daring pre-dawn jailbreak, after television channels showed footage purportedly from the encounter site in which a policeman is seen pumping bullets into a man from close range after an unidentified person takes out what appears to be a knife (said to be in a plastic cover) and places it back.

Promoted
Listen to the latest songs, only on JioSaavn.com
In April, a US State Department report had criticised the Indian government over alleged human rights violations, citing the police action in this case, among other things, according to media reports.

The report 'Human Rights Practices in India for 2016' talked about the killing in the encounter under a sub-section titled 'arbitrary deprivation of life and other unlawful or politically motivated killings'.