Rain Likely To Continue In Bengaluru Till Thursday

Bengaluru is expected to receive light to moderate rain over the next few days, due to low pressure creation in the Bay of Bengal 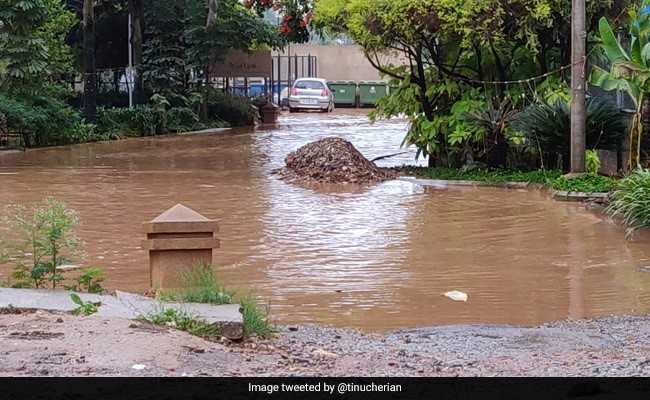 Some parts of Bengaluru received rainfall measuring up to 14.1 cm earlier today

Light to moderate widespread rain will pound the southern city of Bengaluru till Thursday, an official from Karnataka's weather monitoring centre said on Monday.

As of Monday morning 8.30 a.m., parts of Bengaluru received maximum rainfall measuring up to 14.1 cm and an average rainfall of 3 cm across the Bengaluru Urban district, the Karnataka State Natural Disaster Monitoring Centre (KSNDMC) said.

"Due to low pressure created in the Bay of Bengal, the city is expected to continue to receive light to moderate rain over the next few days," KSNDMC Director, G.S. Srinivasa Reddy, told IANS in Bengaluru.

The south interior districts of the state, including Mysuru and Chamarajanagar have also received moderate rain over the past 24 hours.

"Monsoon activity is likely to increase in the north interior districts of Kalaburagi, Bidar and Raichur," Mr Reddy added.

The state capital, however, is on alert and is prepared to act in case the intensity of the rain increases, an official said.

"We have already cleared out many of the storm water drains across the city to prevent flash floods in any region, in case of heavy rain," the city's civic body spokesman, L. Suresh, told IANS.

On August 15 last year, Bengaluru received its heaviest downpour in a century measuring up to 18 cm within a span of three hours, which wreaked havoc across the city, crippling normal life, flooding hundreds of roads and houses.