Last week, 12 to 15men stormed into the bakery to question the origin of its name and demand the management to remove the word '"Karachi". 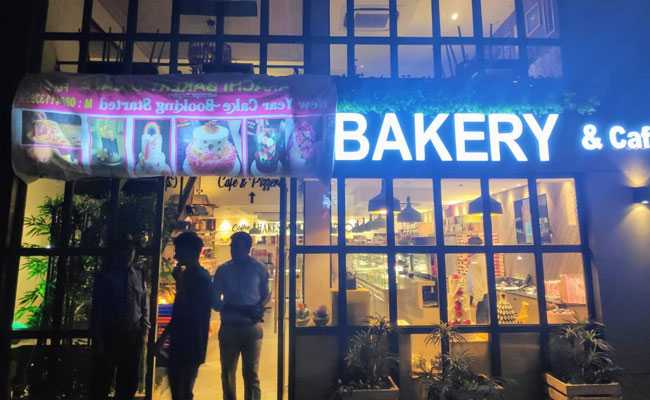 The manager of a Karachi Bakery outlet in Bengaluru claimed that he received a threat call to "blast the store" if the word "Karachi" is not removed from the signboard. The alleged threat comes amid the heighetened tension between India and Pakistan and the capture of an Indian Air Force pilot yesterday by Pakistan after an air combat.

The caller identified himself as Vicky Shetty, an "underworld don", the police said.

A case has been registered based on the complaint filed by the manager of the bakery.

The incident comes nearly a week after another outlet of the popular bakery chain in the city was forced to cover the "Karachi" part of its signboard outside the shop amid calls for change of the name of the bakery.

Last week, 12 to 15 men stormed into the bakery to question the origin of its name and demand the management to remove the word '"Karachi" in the wake of the Pulwama terror attack that claimed the lives of 40 CRPF soldiers.

The group of men had reportedly asked the staff about the details of the owner. Nine people were detained. 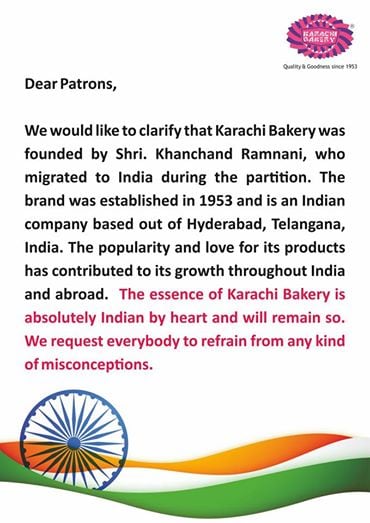 The bakery chain, set up by Khanchand Ramnani in 1953 in Hyderabad, has outlets in Mumbai, Delhi and Bengaluru.

Following an uproar on social media, the bakery put out a confirmation that the essence of the bakery was "absolutely Indian by heart", adding that the owners had moved to India during Partition.

Many parts across the country have witnessed protests and violence after the Pulwama terror attack. Pakistan-based terrorist group Jaish-e-Mohammed had claimed the responsibility for the attack. Indian fighter jets Indian fighter jets crossed the Line of Control on Tuesday and carried out a strike at the biggest training camp of Jaish-e-Mohammed in Pakistan's Balakot.