Dell techie's father suspects she was murdered for gain 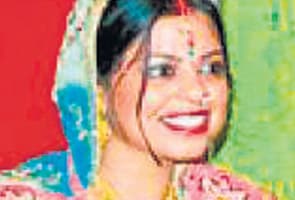 Bangalore: A day after the prime suspect in the Payal Surekha murder case claimed he was innocent, the victim's father says the murder was for gain and suspects the involvement of more than one person.

Speaking to MiD DAY from his hometown Assam, Deen Dayal said, "Initially we believed the police theory and after few days of analyzing the chronology of the incident, we started suspecting that there was something more to the murder."

"Though we trust the police investigations, we still doubt that there is a strong motive behind the murder and it has been committed for a gain," Dayal said hinting that it could be her insurance or other benefits.

Dayal added that the family has strong reasons to believe that there is more to the murder and they will present their observations before the police commissioner soon, seeking reinvestigations into the case, he said.

He further said that we are not giving clean chit to James, but on the face of the case we believe that the murder is committed by more than one person and there is need for reinvestigation into the case.

Ray the prime suspect in the murder case has written a letter to the Director General of police and state human rights commission that he is innocent and the police have made him confess to the crime under duress. (Read: Bangalore: Dell techie's alleged killer says he was tortured)

James also said that during the identification parade conducted on Friday, a police constable came forward and shook hands with James, to give a signal to witnesses.

However DCP (south) Sonia Narang had brushed aside allegations stating that they have conducted thorough investigations and this could be an airtight case for conviction.

Payal Surekha, an IAS aspirant who was working at Dell Corporation, was found murdered with her throat slit in her one-bedroom apartment on December 17 last year.
Comments
Dell techiefatherpayal surekhasuspectmurdered

Bangalore stadium remains littered thanks to fight over IPL passes