The nine-week-old Korean Dosa Mastiff does not have a name yet.

Bengaluru: Two Korean mastiff puppies have been imported into Bengaluru at a mind-boggling cost of Rs 2 crore for the pair.

The man who brought them into the city is a dog breeder, Satish S, who says he had wanted to have this breed of dog for the last 20 years but that they were hard to come by.

The breeding and selling of pedigree dogs is big business, although Satish who imported this puppy and her brother says he is also a genuine dog-lover.

"For 20 years it was a passion to have this dog. I searched all over the world but I could not get a link with any breeder of this puppy. I tried so much - I have liked this breed from the time I started breeding. From the time I was a child, I liked huge dogs with loose skin. That is why I got this one," he told NDTV.

The male puppy is under the weather and is receiving medical treatment - and we met the female puppy. 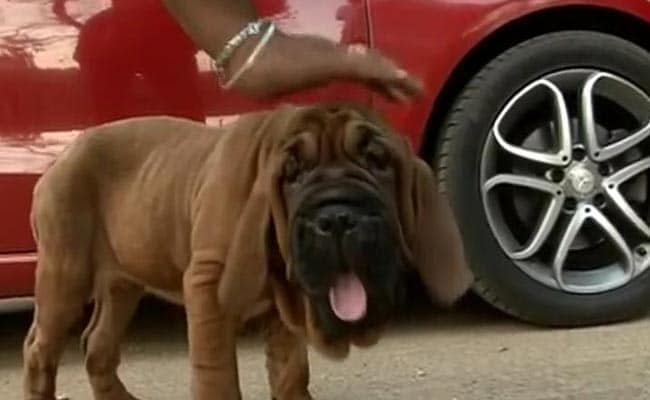 The pups will be kept in an air-conditioned room for three months.

The nine week old charmer does not have a name yet. But her price tag of more than one crore rupees is more than many Indians will earn in a life time.

The Korean Dosa Mastiff grows very big - around 70 kg as an adult - and is known to be a docile and friendly dog, that likes having people around.

Pedigree dogs are prized pets in the country but many of them often fall sick due to the weather and are abandoned.

Satish says the puppies will be kept in an air-conditioned environment for three months until they adapt to the weather in their new home. He added that he loved all dogs, not just those with an impeccable pedigree.

"I also have 15 Indian dogs who I feed near my home. I like all dogs from the time I was a child, he said," he said.
Comments
1 crore dogOne Crore DogKorean Dosa MastiffBengaluru Dog