The "ghost prank" that a group of Bengaluru YouTubers tried to pull did not go down very well and landed them in jail. 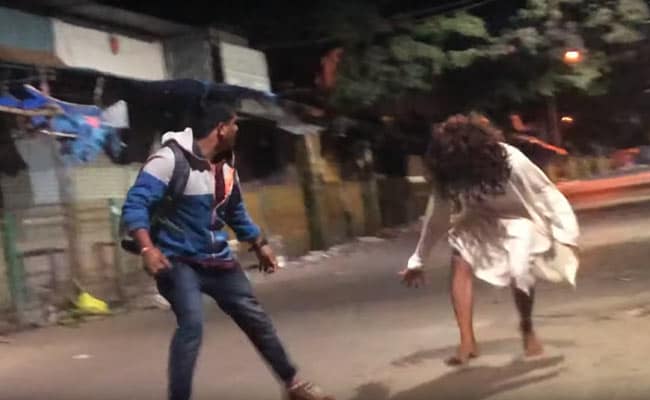 A still from one of the ghost prank videos by "Kooky Pedia" YouTube channel.

Dressed in blood-stained white robes, seven young men took on the streets in Bengaluru last night in an attempt to scare people and record their "spooked out" reactions. The "ghost prank" they tried to pull, however, did not go down very well and landed them in jail.

The videos of the pranks were widely shared on the internet soon after their arrests. In the viral videos, young men dressed like "ghosts" are seen running towards autorickshaw drivers and motorists. In one of the videos, they also tried to spook out a man sleeping on the pavement in Yeshwanthpur area of the city.

The men, in their early 20s, who according to reports, make prank videos for their YouTube channel "Kooky Pedia" were arrested on the complaint of an autorickshaw driver.

The YouTubers have been let off on bail.