Flags of both parties were torn and bikes and police vehicles parked across the road were damaged. Workers of the two parties blamed each other for it. 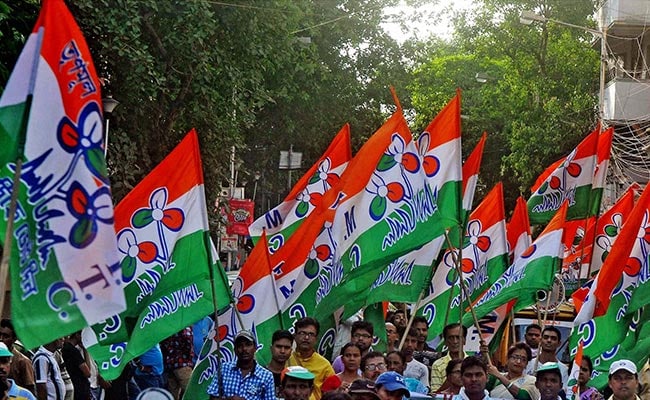 BJP was holding ''Parivartan Yatra'' and TMC was staging a dharna on same route.(Representational)

BJP and TMC woekers came to blows in the city on Wednesday during programmes by both parties on the same route in central Kolkata.

There was, however, no report of any injury.

The BJP was holding its ''Parivartan Yatra'' and the TMC was staging a dharna on the same route.

The BJP workers participating in the roadshow were moving towards Sealdah when trouble broke out.

Flags of both parties were torn and bikes and police vehicles parked across the road were damaged. Workers of the two parties blamed each other for it.

Sources in the BJP claimed that TMC supporters threw shoes and brooms at them and blamed the police for not intervening.

BJP leader Suvendu Adhikari questioned how the police could allow programme by a rival political party after allowing the holding of a yatra on the same route.

TMC on the other hand alleged that BJP supporters brickbatted and injured some of its supporters and damaged vehicles.

Later police cleared the road and the yatra resumed. It ended peacefully in College Street.

Cricketer Ashoke Dinda joined the BJP along with a few others at an event after the roadshow.