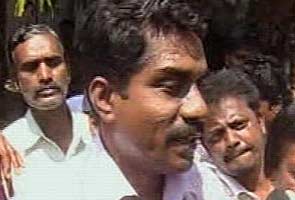 Chennai: The man who conducted the post-mortem on Tamil Nadu businessman Sadiq Batcha has announced that he will stand for elections.

Dr V Dekal has resigned from Kilpauk Medical College government hospital in Chennai and says he will contest the state election as an independent candidate.

Sadiq Batcha, known for his proximity to former Telecom Minister A Raja, was found hanging at his home in Chennai on Wednesday. In a suicide note, he said he could not handle the embarrassment of being listed in the media repeatedly as a key player in the massive 2G spectrum scam, which was allegedly orchestrated by Mr Raja and led to his being jailed.

Mr Batcha had recently been raided and interrogated by the CBI which suspects that his firm served as a front for the kickbacks received by Mr Raja from the firms that he obliged in 2008 by selling spectrum to them at massive discounts.

Promoted
Listen to the latest songs, only on JioSaavn.com
In his suicide note, Mr Batcha wrote that Mr Raja and his wife "are good people."

His post-mortem report states that he died of asphyxia.