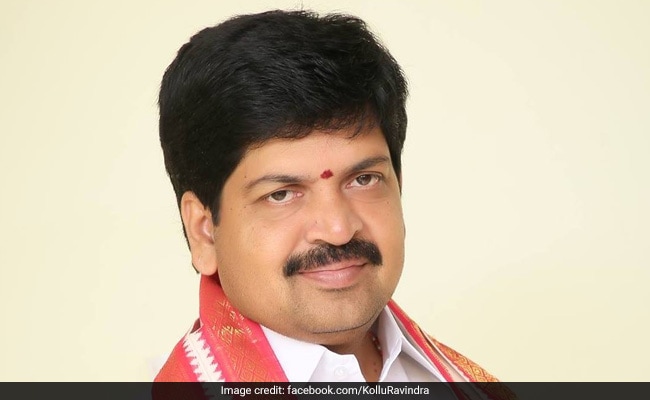 Telugu Desam Party (TDP) leader Kollu Ravindra has been on a hunger strike since Thursday to protest against what he says is sand scarcity in Andhra Pradesh, seeking the government's intervention in the matter. He is expected to end his fast late on Saturday.

"The YSRCP government is doing injustice to the poor people by creating artificial scarcity for sand. Lakhs of labour in the construction sector are badly affected in Krishna district alone. In this wake I had started a 36-hour-long hunger strike," Mr Ravindra told reporters.

He accused the administration of harassing him and other TDP leaders who were protesting against Chief Minister YS Jagan Mohan Reddy and the YSRCP government. He said the protest will only intensify and turn out to be an even bigger movement.

"The police created many hurdles for my fast on the orders of YS Jagan Mohan Reddy. They arrested our leaders. They arrested me and my followers; they moved us to police stations and at last dropped us here. I am continuing my struggle against the government. We will intensify it and will form an all-party delegation with NGOs. Our fight against the YSRCP rule will continue," Mr Ravindra said.

The TDP leader said he has got support from labourers in the construction sector, among others, as he began his fast on Thursday at Thornhill Memorial.

On Friday, Mr Ravindra was arrested from his protest venue, after which he was moved to his residence by Machilipatnam police. The former minister said he will continue the hunger strike at his home.