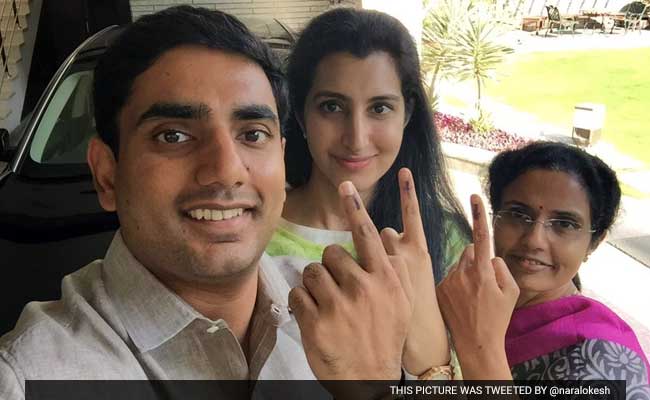 TDP leader Nara Lokesh had spearheaded the party's campaign for the GHMC polls, but it managed to win only one seat in the 150-member civic body.

Nara Lokesh had spearheaded the party's campaign for the polls, but it managed to win only one seat in the 150-member civic body as the Telangana Rashtra Samithi (TRS) swept.

"The low voting percentage damaged our prospects though we got 7.5 lakh votes. In fact, we polled about 1.5 lakh votes more than (what we had in) 2009," he said in an informal chat with reporters here this evening.

The TDP general secretary was in Vijayawada to attend a party review meeting chaired by Chandrababu Naidu.

"GHMC polls were just a speed breaker for us. Our real target is the 2019 election. We will jump into the fray with fresh young blood," Mr Lokesh said in his first public reaction after the GHMC election.

Taking a swipe at TRS, he said, "It would cost a staggering Rs 60,000 crore to fulfil the promises TRS made during the campaign. We'll see how they raise the money."

The game plan of TRS, which is in power in Telangana, was to eliminate the Opposition and the TDP was its main target, he said.

"The TRS can manipulate the Congress but not the TDP as we have a strong cadre base (which include) not just the so-called settlers (those from Seemaandhra) but all across Telangana," Mr Lokesh added.