Jayadev Galla, 53, is an industrialist. He is the managing director of the Amara Raja group in India, the company that makes Amaron batteries 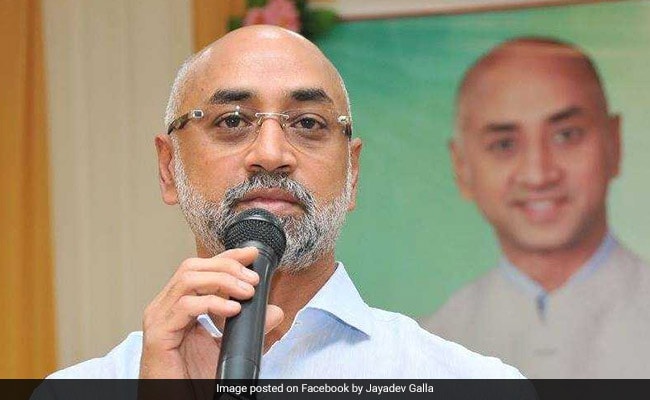 Jayadev Galla moved to the US at an early age; he returned to India after almost two decades

Jayadev Galla, a Telugu Desam Party (TDP) lawmaker in Andhra Pradesh, has declared assets worth over Rs 680 crore, which makes him one of the richest candidates in the national election.

Jayadev Galla, 53, is an industrialist. He is the managing director of the Amara Raja group in India, the company that makes Amaron batteries.

He is contesting the election from Guntur in Andhra Pradesh, where he won his debut polls in 2014. He is up against Modugula Venugopal Reddy of the YSR Congress Party and Valluru Jayaprakash Narayana of the BJP in this parliamentary seat.

The Indian American politician made headlines when he initiated a no-confidence motion in parliament against the government in July last year. It was the first such motion in 15 years and Jayadev Galla's speech became a talking point on social media.

He began his speech with a reference to a Telugu movie and said Andhra Pradesh had only seen empty promises since the Narendra Modi government came to power. Both the BJP and the Congress had betrayed Andhra Pradesh, he said. "Mr Prime Minister if you don't keep your promises, the BJP will be destroyed in Andhra Pradesh. It is not a threat, it is a shraap (curse)."

Jayadev Galla is known to be among the more active lawmakers in parliament. According to the Association for Democratic Reforms (ADR), he asked 496 questions in the Lok Sabha and moved six bills. He attended 85 per cent of the sessions and gained a reputation as one of the more articulate MPs in the Lok Sabha.

Born in Chittoor, Jayadev Galla moved to the US at an early age and studied at the University of Illinois. He returned to India after almost two decades.

He is married to Padmavathi, the daughter of a Telugu filmstar.