In Visakhapatnam, Those Rushing To Hospital Talk Of Burning Eyes, Breathlessness

Visakhapatnam gas leak: A three-kilometre radius around the gas plant has been affected and emergency teams are on location to locate and help those who have fallen sick 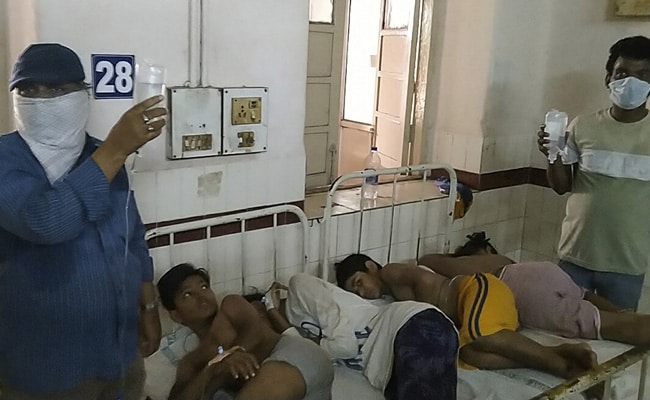 A major gas leak at a plant in Andhra Pradesh's Visakhapatnam that has hospitalised 200 people killed nine people including an eight-year-old child. Victims of the gas leak who are now in hospitals complained of burning eyes, skin rashes and breathlessness.

The gas leak began at 2.30 am. A three-kilometre radius around the gas plant has been affected and emergency teams are on location to locate and help those who have fallen sick.

"The gas leak situation is now under control and we are exploring all ways to provide speedy treatment for those who suffer from inhaling the leaked gas," said LG Chem, which owns the Visakhapatnam plant operator LG Polymers India.

"We are investigating the extent of damage and exact cause of the leak and deaths," it added in a statement.

The gas leaked out of two 5,000-tonne tanks that had been unattended due to India's coronavirus lockdown in place since late March, according to a local police officer, reported news agency AFP. 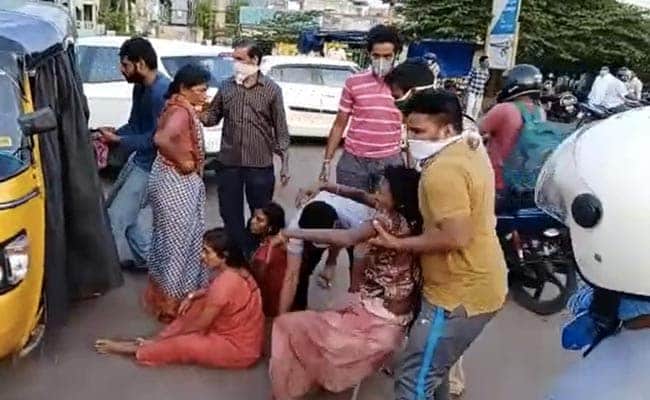 "(The gas) was left there because of the lockdown. It led to a chemical reaction and heat was produced inside the tanks, and the gas leaked because of that," Swaroop Rani, an assistant police commissioner, in Visakhapatnam, told AFP.

She said local villagers raised the alarm around 3.30 am. "We reached there immediately. One could feel the gas in the air and it was not possible for any of us to stay there for more than a few minutes."

Footage showed people, including women and children, lying down in the streets of Visakhapatnam, an industrial port city.

BK Naik, district hospitals coordinator, said that at least 1,000 people had been sent to different hospitals, and that it was feared many others may be unconscious in their homes. "The authorities are checking (in houses) as well. We are working to get people to the hospital. They need oxygenation and fresh air."

The plant operated by LG Polymers is located in the outskirts of Visakhapatnam. The city and the surrounding area are home to around five million people.

Motorbikes were left in the middle of roads as though people had just fallen off them.

India witnessed in December 1984 one of the worst industrial disasters in history when gas leaked from a pesticide plant in Bhopal. Around 3,500 people, mainly in shanties around the plant operated by Union Carbide, died in the days that followed and thousands more in the following years. People continue to suffer its after-effects to this day.

Government statistics say that at least one lakh people living near to the Union Carbide plant have been victims of chronic illnesses.

Survivors still suffer from ailments such as respiratory and kidney problems, hormonal imbalances, mental illness and several forms of cancer.