After the gas leakage, the power supply to the village was cut off. Locals were warned against using any inflammable material. 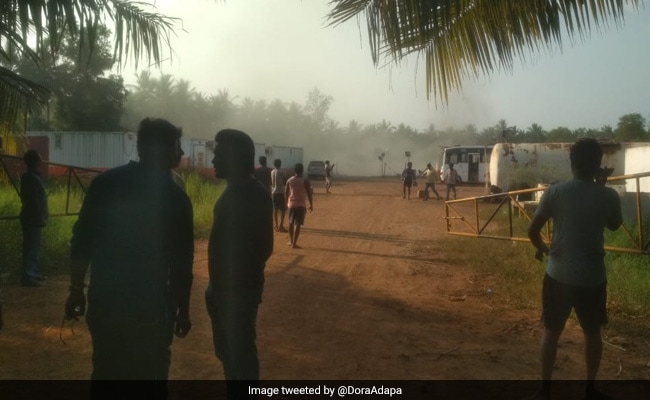 Villagers were left panic-stricken soon amid reports of leakage.

A gas leakage was reported from a gas well in Andhra Pradesh's Uppudi village in Katrenikona Mandal on Sunday. The gas leakage was first reported in a pipeline maintained by PFH Oil and Gas Private Limited.

Several precautionary measures have been taken by the local administration. The measures include the evacuation of the villagers and setting up of a rehabilitation centre.

The power supply to the village has also been cut off. Locals were warned against using any inflammable material. Officials were working to contain the leak till last reports came in.