According to official, the accident took place on Wednesday in Vijayawada Municipal Corporation Swimming Pool while the children were practising in the swimming pool. 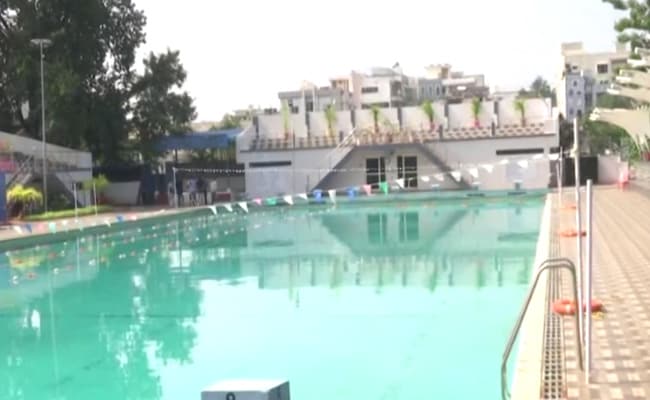 The accident took place on Wednesday in Vijayawada Municipal Corporation Swimming Pool while the children were practising in the swimming pool. Children are seriously ill due to chlorine leakage in the pool.

All the children were swimming in a 50-metre pool and the chlorine gas leaked from a tanker of the 25-meter pool.

The children were preparing for the competitions to be held in Eluru on December 11.

"The incident happened at around 8:30 pm on Wednesday night. Some of the swimmers requested us to give them permission for swimming as they are having a competition on December 11. We told them to get permission from the municipal commissioner and they said that have permission," said Mr Rambabu, Swimming pool academy supervisor.

Parents are saying that the danger is due to improper chlorine system maintenance and management.

"Due to the leakage of chlorine gas in the swimming pool, 10 to 12 students aged between 8-14 years fell ill. We took them to a government hospital. The gas leakage happened due to old equipment and old gas cylinder. It was controlled later. All students are stable now. One of our staff also fell ill in this incident along with students," Mr Rambabu said.

"I am only the person who records the data of swimmers and the rest are monitored by DFO and municipal corporation officials. The swimming pool is scheduled upto 8 but with the request of the swimmers, it was upto 8:30 pm. We informed the officials about the incident. They had reached the hospital and given assurance to their parents," he added.