The green panel agreed with the state pollution control board (SPCB) and the Committee of experts that separate consent is required for manufacturing Benzimidazole, being an independent compound. 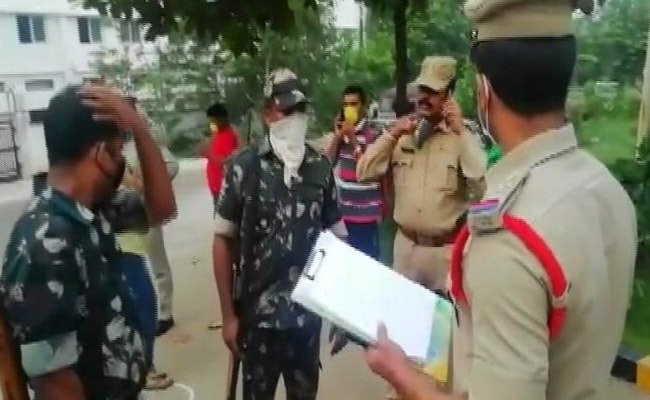 The NGT held on Tuesday that gas leak in an Andhra Pradesh unit in which two people were killed was due to operational negligence and asked the state's Director of Industries to conduct safety audit of the pharma city at Visakhapatnam and other such locations.

A bench headed by NGT Chairperson Justice Adarsh Kumar Goel held that the cause of Benzimidazole gas leakage at Sainor Life Sciences factory at Parwada industrial area was operational negligence of the management and its employees.

"There were serious lapses in not following standard safety norms under the said rules requiring onsite and offsite emergency plans, conducting mock drills every six months and undertaking manufacture of Benzimidazole without consent.

"The plea that Benzimidazole was not final product but for use in manufacture of Omeprazole did not justify doing so without consent," the bench said.

The green panel agreed with the state pollution control board (SPCB) and the Committee of experts that separate consent is required for manufacturing Benzimidazole, being an independent compound.

The tribunal accepted the report filed by the committee and disposed of the proceedings with a direction to comply with the recommendations, including the ones on payment of environmental compensation, to be overseen by the statutory regulators.

"We also direct the Director of Industries, Andhra Pradesh to conduct safety audit of entire pharma city in Visakhapatnam where such units are located and also at all other locations in the State at the earliest," the bench said.

The committee told the NGT that operational negligence, lack of standard operating procedure for transfer of material from one reactor to another and on cleaning of reactors, lack of awareness of personnel, non-compliance of safety practices by employees were the causes of incident.

Two workers were killed and four hospitalised in June this year after Benzimidazole the gas leaked at Sainor Life Sciences factory in Parwada area in Visakhapatnam.