Mr Atchannaidu was the Labour Minister in the previous Chandrababu Naidu-led TDP government when the scandal allegedly took place in the procurement of medicines and medical equipment. 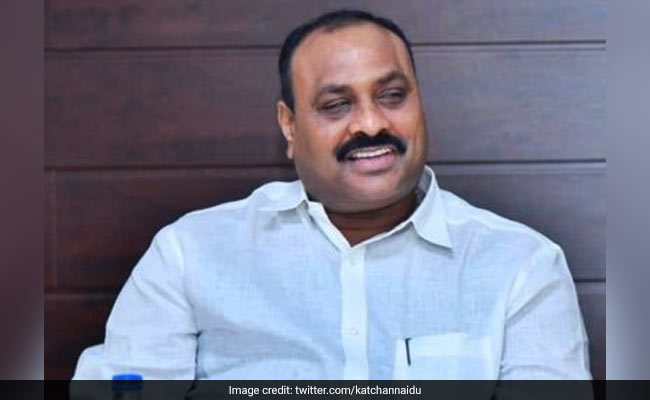 Senior Telugu Desam Party leader and former Andhra Pradesh Minister K Atchannaidu and five others were arrested today by officials of the Anti-Corruption Bureau over their alleged involvement in the Rs 150 crore ESI medical purchases "scandal" during the previous regime, a senior ACB official said.

A joint director of ESI Janardhan, superintendent Chakravarthy and a senior assistant were arrested in Vijayawada.

Mr Atchannaidu was the Labour Minister in the previous Chandrababu Naidu-led TDP government when the scandal allegedly took place in the procurement of medicines and medical equipment.

"The Vigilance and Enforcement Department conducted a probe into the ESI purchases between 2014 and 2019 and established large scale irregularities. Our investigation also revealed a scam of Rs 150 crore in purchase of medicines, medical kits, furniture and other items. Accordingly, we made these arrests," the ACB Joint Director said.

Earlier as soon as Mr Atchannaidu was taken away from his house, TDP president N Chandrababu Naidu termed it as an "attack on the backward classes", saying the former minister, who belonged to the community, was in the forefront "exposing the misdeeds" of the Jagan Mohan Reddy-led YSR Congress government.