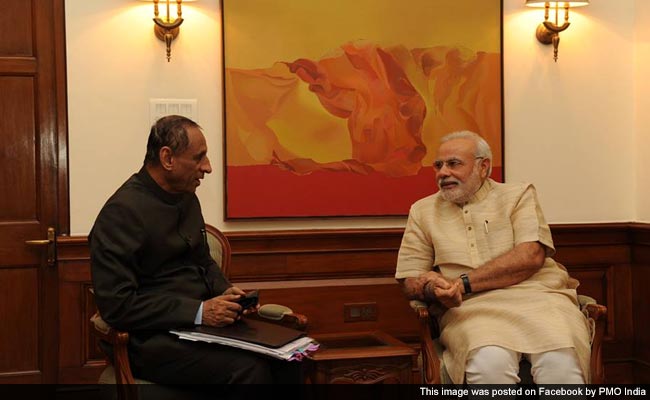 Andhra Pradesh Governor ESL Narasimhan today noted that new Andhra Pradesh did not get anticipated support from the Centre after bifurcation, thus putting the state in a tight spot over revenue deficit and absence of a level-playing field.

"Our expectations for the state in the Union Budget 2015-16 did not fructify. Andhra Pradesh has lost significant resource base after division and is at a disadvantage to compete with its revenue-surplus neighbouring states. This has put the state at a great disadvantage which is not of its own making," he said, while addressing a joint sitting of Andhra Pradesh Legislature on opening day of the state Budget session.

The Governor maintained that the government has availed every opportunity to meet the Prime Minister, Union Finance Minister and other ministers to strongly put forward its case towards the end (for assistance).

The "unscientific and hurried" bifurcation of undivided Andhra Pradesh has cost hardship to the new state, he said.

"The post-bifurcation issues, especially the huge financial deficits continue to affect the new state of Andhra Pradesh, which is home to 58.32 per cent of the population of the erstwhile undivided Andhra Pradesh state," he said.

The government, however, has taken up all measures not only to overcome the difficulties but to convert the crisis into an opportunity, he said.

The Union Government had given assurances including bridging revenue deficit, industry incentives, special development package, assistance to state capital development and special category status during the bifurcation of undivided Andhra Pradesh, he said.

The Governor pointed out that the state had anticipated "a more favourable support from the Centre" during these few months.

Promoted
Listen to the latest songs, only on JioSaavn.com
Observing that the government is making all efforts to bring the development agenda back on track, the Governor talked about the various development initiatives of the government.

Stating that nearly 33,000 acres of land has been "voluntarily" given by farm land owners for development of capital in the Vijayawada region, he said sacrifices made by the land owners would be remembered forever.