Nagaraju Surepalli from Guntur worked and lived in Michigan with his wife and young son. 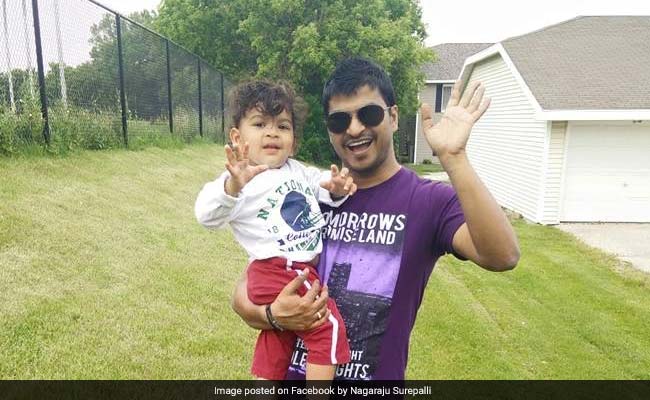 New Delhi: A software engineer from Andhra Pradesh, who was working for Infosys, and his three-year-old son have drowned in a swimming pool in the US, according to news reports. Nagaraju Surepalli, 31, was from Guntur. He worked and lived in Michigan with his wife and young son. His body was found along with his son's on Tuesday in the swimming pool at the apartment building where the family lived.

"A couple who walked into the clubhouse saw the dead bodies floating on the pool and informed police," reported local media.

"The dad had taken the child to the pool. They were not intending to swim, they were just going to sit by the pool, and that was evidenced by what we found at the scene, and certainly what they were wearing. They were not dressed in swim attire," said local police chief David Malloy.

He said the little boy, Ananth, fell into the pool while riding his tricycle. The father jumped into to rescue his son and drowned. There was no lifeguard, and the pair were not experienced swimmers.

The family's friend and Infosys employees in Michigan organized crowd-funding so that the bodies can be sent home. In a statement to NDTV, an Infosys spokesperson also said the company would help bring the bodies home.

Promoted
Listen to the latest songs, only on JioSaavn.com
Friends described Mr Surepalli in the crowd-funding appeal as "the most jovial, honest, friendly person you would ever meet and always smiling."

"In the midst of this tragedy, we've set up this fund to help them with the funeral expenses and other ongoing grief/recovery support costs. This includes the very expensive process of carrying their mortal remains back to India," organisers wrote.