The accused identified as Samsher Singh was arrested from Amritsar district's Ajnala town on September 13. 7.5 kg heroin and cash to the tune of Rs 28 lakh was recovered from him. 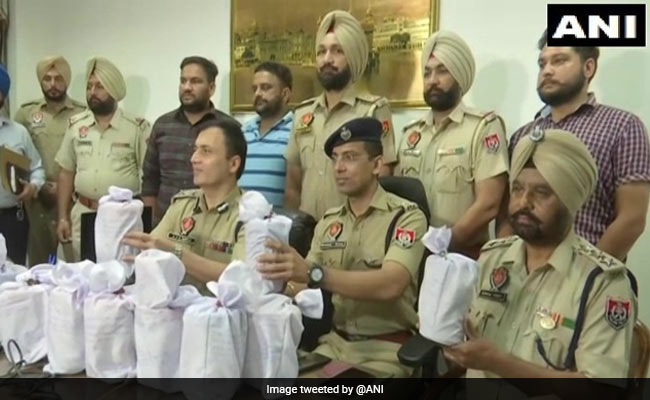 Police seizes 13.72 kg heroin from a village in Punjab

Punjab Police on Tuesday seized 13.72 kg heroin from a village near the India-Pakistan border.

The seizure was made on the basis of a tip-off by a drug peddler, who was arrested last week.

The accused identified as Samsher Singh was arrested from Amritsar district's Ajnala town on September 13. 7.5 kg heroin and cash to the tune of Rs 28 lakh was recovered from him.

"The Pakistan-based smugglers had pushed the contraband into the Indian territory," the police said.

"(Samsher) Singh had revealed that a consignment of heroin was concealed in a field across the barbed fence. A police team with the help of the Border Security Force (BSF) seized the contraband. Police are trying to establish the ownership of the land," senior police official Surinderpal Singh Parmar told ANI.

He said that Mr Singh was in touch with some Pakistan-based smugglers over the phone and on social media.

On being asked about the broken fences in the bordering areas of Punjab, Mr Parmar said, "The barbed fences are broken at someplace on the border. Due to the geographical topography, it is not possible to keep a watch everywhere."

The police had also seized four mobile phones and a Mahindra Bolero from Mr Singh's possession.

A case under Narcotic Drugs and Psychotropic Substances (NDPS) Act was registered against the accused.