Three people were killed and over 20 injured when two unidentified attackers hurled grenades on a religious congregation. 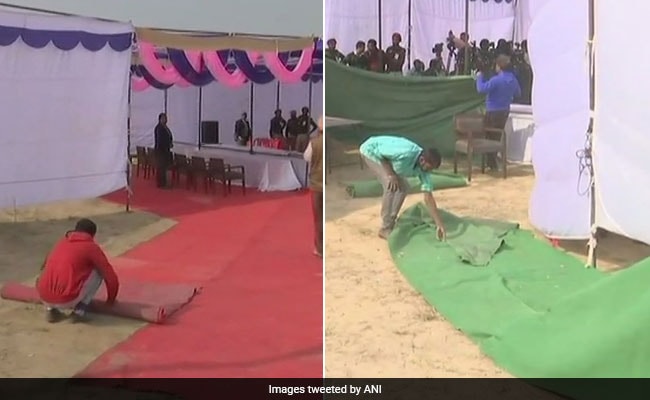 Later, the red carpet was replaced by a green-coloured one.

The red carpet that was laid out to welcome Punjab Chief Minister Amarinder Singh to the site of the blast in an Amritsar village caused a row, prompting the local authorities to quickly roll it back and replace it with a green-coloured carpet.

Three people were killed and over 20 injured when two unidentified attackers hurled grenades on a religious congregation on the city outskirts on Sunday, an incident which the police are treating as a "terrorist act".

Mr Singh had to come to the village to address a press conference and visit the injured in the hospital.

After noticing the red carpet, some media outlets picked up the news and suggested it could be construed as insensitive.

"This is a village. We do not have concept of putting red carpets. When there is a death in the village white sheets are spread out but since vehicles were scheduled to come we rolled out a carpet. There is no such ritual of any specific carpet," a Panchayat official said.

The Punjab Chief Minister today announced a reward of Rs 50 lakh for anybody providing information on those involved in the Amritsar grenade attack, officials said.

Information can be provided on the Punjab Police helpline - 181, officials said, adding the identity of the informer will be kept a secret.

The state government has also announced a compensation of Rs 5 lakh for the families of those killed in the attack.