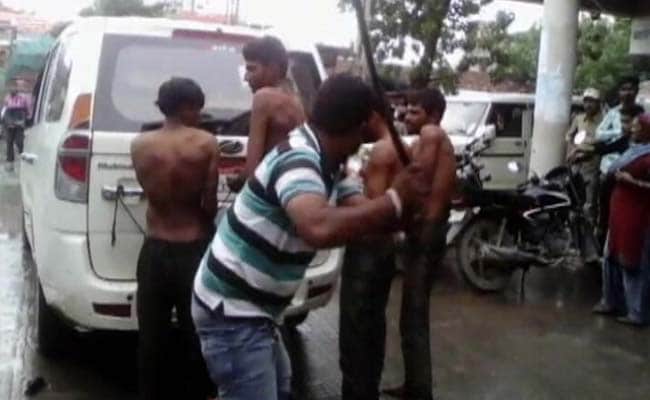 Ahmedabad: Members of Dalit community in the state, who were scheduled to hold a "rail roko" protest today, withdrew their plan after the state government assured to hold talks with them over their 11-point demands.

Various Dalit organisations fighting against "atrocities" on the community in Gujarat had announced "rail roko", under the banner of Rashtriya Dalit Adhikar Manch, at some places in the state today.

"We received a call from the state Home Minister Pradipsinh Jadeja, who requested us not to go ahead with the programme, after assuring that the government will hear our demands and discuss our grievances. We decided to defer the rail roko for now," Subodh Parmar, convener of Rashtriya Dalit Adhikar Manch, said.

According to him, the state government was yet to give a final date for the meeting, but may hold talks on October 5 or 6.

Dalits have been pressing for eleven different demands, including agricultural land to land-less Dalits, regular job to sanitation workers, who have been employed on contract basis by civic bodies.

The organisation has also demanded that the government should ensure BPL cards to all Dalits living under the below-poverty line.

They have also been seeking allotment of land to tribals under Forest Rights Act as over 1.20 lakh applications in this regard are pending before the government, the Dalit leaders claimed.

Promoted
Listen to the latest songs, only on JioSaavn.com
Alternative jobs to Dalits who depended on clearing cattle carcasses, and housing facilities to those without proper houses, both in rural and urban areas, have also been demanded by the community.

Dalits have upped their ante since some youths of the community were flogged at Una in July, allegedly by cow vigilantes for 'skinning' a dead cow. In a bid to highlight the issues affecting them, many dalits have stopped disposing of carcasses in many parts of the state.