While four people were rescued after the two four-storey buildings located in Odhav locality collapsed last night, some were feared trapped under the debris. 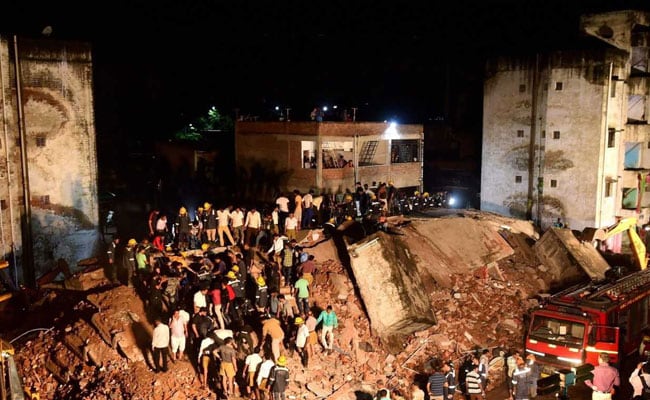 The two buildings were constructed under a government housing scheme about two decades back. (PTI)

A body was recovered from the debris of the two buildings that collapsed in a government colony in Gujarat's Ahmedabad city following rains, an official said today.

While four people were rescued after the four-storey buildings located in Odhav locality collapsed last night, some were feared trapped under the debris.

"After 12 hours of rescue operation, we recovered a body crushed under the debris. The four rescued people had received injuries and were taken to a hospital," additional chief fire officer Rajesh Bhatt said.

A number of families lived in the nearly 20-year-old buildings, but majority of them had vacated the premises on Saturday after being told by Ahmedabad Municipal Corporation (AMC) officials, of the poor condition of the structures.

"We have contacted all the families and nobody is missing. So, there is no likelihood of anyone else being trapped under the debris, which is being cleared," Mr Bhatt said.

The two buildings, constructed under a government housing scheme about two decades back, collapsed around 8 pm yesterday after rains in the city, trapping five people who were residing there despite the civic body's warning.

AMC commissioner Vijay Nehra said officials had visited the building earlier and asked its residents to vacate the premises, owing to its dilapidated condition.

"Nearly 300 people were residing in the two building blocks. After our warning, most of them had vacated their houses, but some people returned there last evening," he said.

After the structure collapsed, personnel of the city fire brigade and the National Disaster Response Force (NDRF) conducted the rescue operation.