The way Logan Paul told it, he was now redeemed. The 22-year-old who vlogged the dead body of a suicide victim weeks ago was a changed man. And, he was unstoppable: Less than two minutes into the video, still dressed as a movie messiah or castaway, Paul bragged about gaining a million subscribers during the break. 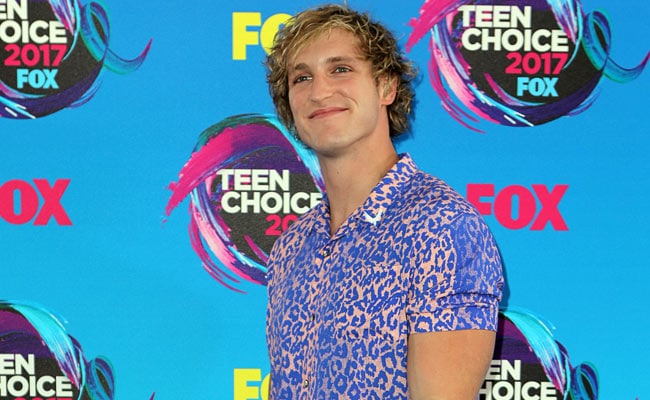 Logan Paul returned to YouTube on Sunday by, Jesus-like, emerging from a cave into the sunlight. He wore a giant fake beard and tattered jeans, as epic movie trailer music played over his first vlog in weeks.

The way Paul told it, he was now redeemed. The 22-year-old who vlogged the dead body of a suicide victim weeks ago was a changed man. And, he was unstoppable: Less than two minutes into the video, still dressed as a movie messiah or castaway, Paul bragged about gaining a million subscribers during the break.

That content has already gotten him in trouble, again. YouTube announced on Friday that it was temporarily suspending all ads on Paul's channel in response to his recent behavior.

"This is not a decision we made lightly," a YouTube spokesman said in a statement to The Washington Post. "We believe he has exhibited a pattern of behavior in his videos that makes his channel not only unsuitable for advertisers, but also potentially damaging to the broader creator community."

Paul has done a few things to trigger this decision, according to YouTube. Among them: encouraging his young followers to participate in the Tide Pod challenge in a now-deleted tweet: "swallowing 1 tide pod per retweet"

He has also tried to monetize at least one video that violates the platform's advertiser-friendly guidelines, though it was unclear which one. In those guidelines, YouTube cautions that creators who try to do this "may lose access to monetization features" altogether.

Paul also posted a video that appears to show how incomplete the YouTuber's redemption narrative really is.

In a video posted one day after his re-emergence, Paul yells that "no rat comes into my house without getting Tased" before firing a stun gun into two dead rats on his patio. The moment is played for laughs, as Paul lifts up one of the rats' bodies by the stun gun wire. PETA called for the video to be removed from YouTube, saying in a statement that the video was proof Paul "has not learned the lesson that there is sadness, not humor, in the death of others." Earlier in that same vlog, Paul takes a fish out of a pond to give it CPR as a joke.

Tasering a dead rat is not the most offensive thing Paul - or any YouTuber - has done for views. But in context, the decision to mock a dead body of anything on his channel is particularly jarring.

Before returning to daily vlogs, Paul posted a video, a serious one, called "Suicide: Be Here Tomorrow." The video exists, in essence, as evidence that Paul has learned and grown from the controversy. In the video, Paul films himself listening to suicide prevention experts about what he did wrong, and what he can do to become part of the solution. Paul promises to donate a million dollars from his YouTube fortune to those causes. "It's time to start a new chapter in my life as I continue to educate both myself and others on suicide," he says into the camera at the end of the video.

Suspending all ad revenue is the most severe punishment yet for Paul's channel. YouTube had already removed premium ad content from Paul's channel in January. That premium ad program, only available to the top 5 percent of creators on the platform, is generally pretty lucrative for those who have access to it. YouTube had also put Paul's projects with its subscription service, YouTube Red, on hold.

Before losing access to premium ads, YouTube analytics site SocialBlade estimated that Paul could make more than a million dollars in a month off his channel. SocialBlade's estimate has since dropped - the site now estimates that Paul could make a maximum of $700,000 in a month, but it's not clear whether that's due to the lack of premium ad access, that Paul took a weeks-long break from posting new videos, or a combination of both. But whatever it is, Paul has now lost that revenue stream completely, until YouTube decides to resume placing ads on his channel.

YouTube ads aren't Paul's only source of income, however: His vlogs also serve as infomercials for his "merch," apparel and accessories emblazoned with his "Maverick" logo. In his very first vlog back, Paul encourages his young fans to buy as much merch as possible to help him make up the income he'd lost during his break from YouTube.

"As you guys know, YouTube cut my adsense in half," he says in the video, before YouTube pulled all his ad revenue, "so I am gonna need you guys to buy all my merch, Marverick merch, of course, so I don't lose my house."

Promoted
Listen to the latest songs, only on JioSaavn.com
Paul hasn't commented on YouTube's decision to suspend all ads from his channel. An email to Paul's manager wasn't immediately returned.