Xi's Eyes And Ears In Beijing: Red-Armband Army Of 'Volunteers'

Stationed on street corners, in front of shops and outside bars, civilians with armbands labelled "Public Security Volunteer" have deployed across the capital as the Communist Party holds its crucial five-yearly gathering. 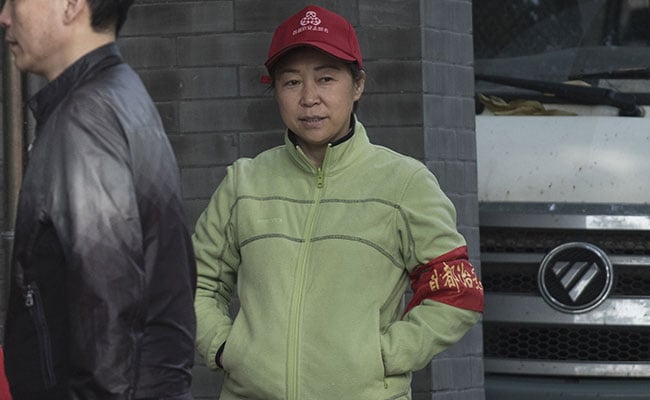 Beijing, China: While Chinese President Xi Jinping and his cohorts chart the nation's future at their leadership conclave in Beijing, his citizen army of red-armbanded foot soldiers are keeping an eye out for trouble outside.

Stationed on street corners, in front of shops and outside bars, civilians with armbands labelled "Public Security Volunteer" have deployed across the capital as the Communist Party holds its crucial five-yearly gathering.

The formalised neighbourhood watch patrols come out in full force during special events like the congress, which is being held mostly behind closed doors and will likely hand Xi a second five-year term when it ends on Tuesday.

The civilians are just one piece of the comprehensive security apparatus for the conclave: from black-uniformed guards who stand sentry on pavements to identification checks at subway stations. 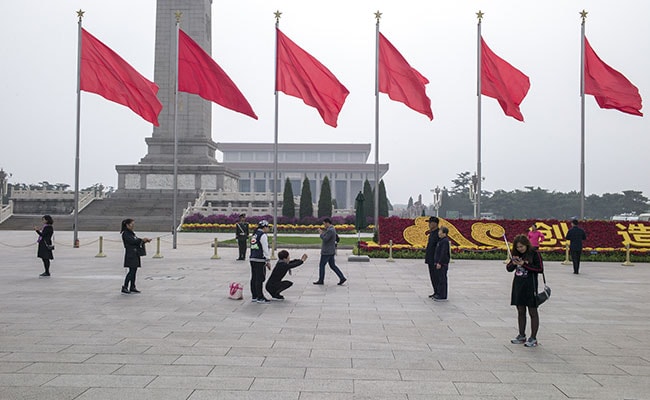 There are 8,50,000 registered public security volunteers in Beijing, the city announced this summer. (AFP)

While they see themselves as providers of a public service, their presence is a reminder of the scrutiny that the Communist authorities maintain over citizens.

"We're in the business of improving people's quality of life," said Ma Shuying, a 60-year-old party member who was patrolling the area underneath a bridge in Beijing's city centre.

Ma arrived at her spot at 7:00 am on the opening day of the congress on Wednesday, ready to look out for trouble. In her 17 years as a member of the patrol, Ma has witnessed few incidents, she said, because "Beijing is so safe."

"We're more here to give community members a sense of security," she beamed, undeterred by the grey smog and light rain.

"People see us and feel that they're being taken care of. And when government officials see us during important political events, they know that we're supporting their work."

There are 850,000 registered public security volunteers in Beijing, the city announced this summer, organising under neighbourhood tags like the "Fengtai Persuaders," the "Chaoyang Masses" and the "Xicheng Dama."

(In Chinese, "dama" is a colloquial term used to describe rambunctious elderly women who congregate in loud groups, dance in public squares and mind other people's business.)

Despite their striking "volunteer" armbands, many of the patrollers approached by AFP appeared not to be serving the people for free.

One middle-aged woman standing outside a subway station looked up from her phone long enough to say that it was "company policy" not to speak to reporters.

Another two armband-wearers who were helping to direct traffic in a busy commercial district appeared bewildered when asked whether they were volunteers.

"We're working," said a woman who looked harried as she pointed a driver to a parallel parking spot. "They just gave us these armbands to wear."

Even Ma, who also handles Communist Party affairs on her neighbourhood committee, earns 3,000 yuan ($450) a month for performing her duties.

These range from telling people about their retirement benefits to helping them rid their homes of mice.

"All my neighbours know me," she said. "It gives me a warm feeling inside."

Several other volunteers declined to be interviewed, either because they were "on duty" or were concerned that a foreign journalist would not lend "positive energy" to their vocation. 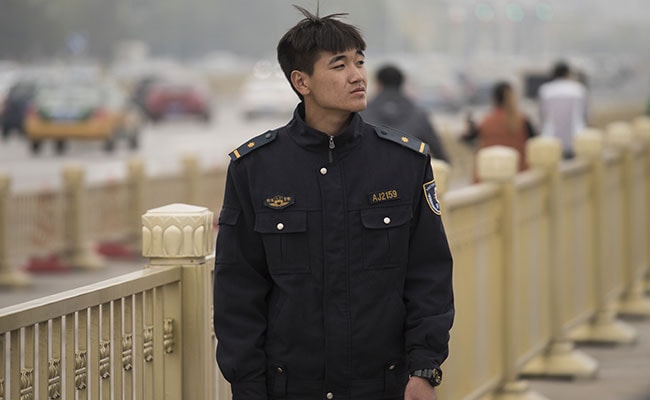 The neighbourhood watch patrols come out in full force during special events. (AFP)

'Hope for our country'

Some of the neighbourhood patrollers were truly volunteers, claiming no benefits other than the joys of the job.

Standing outside a shopping centre, a 68-year-old who only gave his surname, Ren, complained about the air pollution.

Ren's daughter lives in Vancouver, Canada, where the air is much better, he said. But he doesn't plan on moving there.

"My whole life is in China," he said.

Ren started volunteering during the 2008 Beijing Olympics. His main duty, he said, has been giving tourists directions.

Like many volunteers, he was impressed by Xi's lengthy opening speech on Wednesday.

"The problem of corruption has not entirely been solved, but the general mood is different," Ren said. "In the past, whenever you went to the supermarket during holidays you would see officials splurging, and everyone knew they were spending public funds."

Ma proudly remarked that Xi's anti-graft campaign was going strong even in her small neighbourhood office, where she isn't allowed to use the computers to shop online or play video games.

Yang Zhiling, 69, who was collecting rubbish around a bike rack, said she was inspired by Xi's stamina.

"President Xi remained standing for a whole three and a half hours! It's too excellent!" Yang said. "What we do is very insignificant compared to that."

(This story has not been edited by NDTV staff and is auto-generated from a syndicated feed.)
Comments
China Public Security VolunteersXi Jinping