Gordon left nearly $10 million to community and technical colleges in western Washington state when she died in June 2018 at age 105. 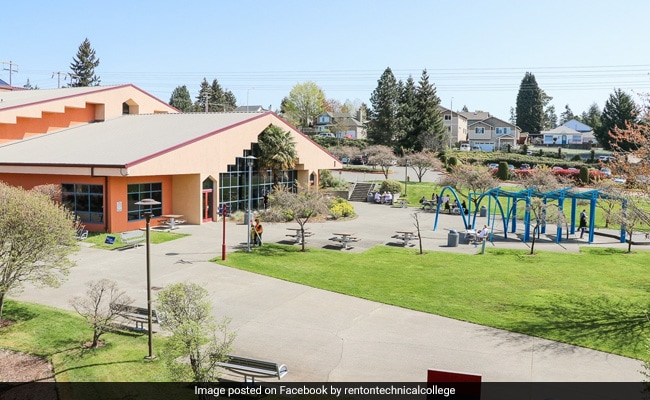 Renton college will be used to confer scholarships to students with financial barriers to attendance.

Money was scarce when Eva Gordon graduated from her Oregon high school, and attending college was not an option. But her fortune, amassed over decades of investing what little money she could scrape from her paychecks, will enable students at 17 community colleges to fulfill the dream that she had to forgo.

"Eva had a tremendous heart and liked to throw a rope to help people climb," John Jacobs, her godson and a representative for her estate, said in a statement.

Gordon left nearly $10 million to community and technical colleges in western Washington state when she died in June 2018 at age 105. Each college's foundation will receive roughly $550,000 to help students pay for housing, transportation, books and other needs in a state where many community college students also have jobs and family responsibilities.

Gordon grew up on an orchard and graduated high school at the top of her class, according to Jacobs' statement. She then worked as a legal secretary and as a trading assistant for a Seattle investment firm.

With each paycheck, Jacobs told the Seattle Times that his godmother bought partial shares in oil companies, Seattle utility companies and other businesses. In addition to being thrifty, Gordon was an early investor in Nordstrom, Microsoft and Starbucks, Jacobs told the Guardian.

With her husband, whom she married in 1964, Gordon taught classes at McNeil Island Corrections Center in Washington. Ed, a stockbroker, taught business practices, and Gordon led warm-up exercises.

The couple did not have children. When Ed died in 2008, he left more than $3 million to South Seattle College in a display of the dedication to higher education that he and Gordon shared.

Gordon wished later in her life that she had attended college, Jacobs told the Guardian. That unfulfilled desire, combined with her volunteer work for children's and educational programs, may have contributed to her decision to leave her wealth to colleges, Jacobs said.

Although college officials said Gordon's gift - announced this month - is among the largest donations that they have received, Jacobs told the Times that his godmother did not flaunt her money. She dressed well, he said, but drove older cars.

"A lot of people didn't know the wealth she had," Jacobs said in the statement. "If there was a coupon for two-for-one at Applebee's, she was all about that."

At Renton Technical College, Gordon's gift will be used to confer scholarships and grants upon students with financial and other barriers to attendance. The funds will help pay for tuition and other education-related expenses, as well as for financial emergencies, Renton said in a statement.

A representative of Shoreline Community College told the Times that it plans to put some of its gift into scholarships for new students. Most of the college's scholarships currently go to students who have completed at least one semester, Mary Brueggeman, vice president of advancement, told the Times.

Gordon's gift comes as Washington and some of its cities try to lessen the financial burden of attending college, the Times reported. State legislators in May passed a law that will make 110,000 low-to median-income students each year eligible for financial aid to attend the state's public or private universities. In Seattle, graduates of public high schools now can go to any of three community colleges for two years tuition-free.

(Except for the headline, this story has not been edited by NDTV staff and is published from a syndicated feed.)
Comments
Eva Gordoncommunity colleges