The "Heartbeat Bill" makes exceptions for medical complications, but not for cases of incest or rape. 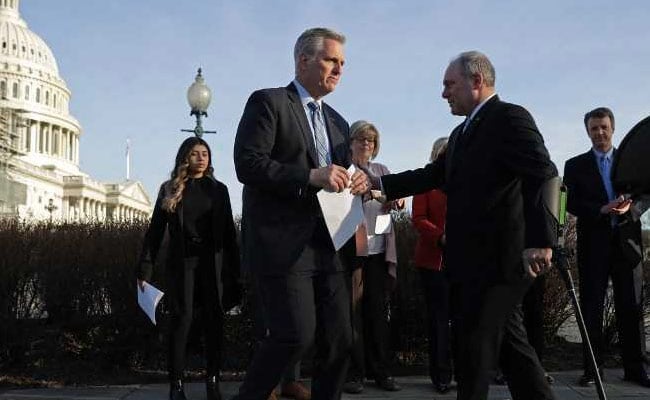 US lawmakers with anti-abortion activists outside the US Capitol on March 13. (AFP)

Lawmakers in the southeastern US state of Mississippi passed a bill on Tuesday banning abortion of pregnancies where a heartbeat is detectable -- from six weeks -- as human rights groups vowed to fight the move.

The "Heartbeat Bill" makes exceptions for medical complications, but not for cases of incest or rape.

"Except when a medical emergency exists that prevents compliance with this section, no person shall perform an abortion on a pregnant woman before determining if the unborn human individual that the pregnant woman is carrying has a detectable fetal heartbeat," the law states.

In a tweet, Governor Phil Bryant said he looked forward to signing the bill into state law "very soon."

Elisabeth Smith, an attorney at the Center for Reproductive Rights, said the law would "ban abortion before most women know that they're pregnant."

Last year, the state passed another law banning abortion after 15 weeks of pregnancy, but a judge blocked it before it was ruled in November that it violated women's rights.

"Already, Mississippi has a slew of abortion restrictions and only one abortion clinic, making it nearly impossible to access abortion before six weeks of pregnancy," Smith added in her statement.

Last week, the state of Kentucky passed a similar law banning abortion where a heartbeat is detectable, but it was immediately blocked by a judge.

And there was a similar scenario in Iowa -- that law was blocked in January.

Lawmakers in Tennessee and Georgia, both southeastern states, are considering their own versions of the "Heartbeat Bill."