Last year Vice President Mike Pence attended the March for Life rally, which is now in its 47th year and designed to protest legalized abortion. 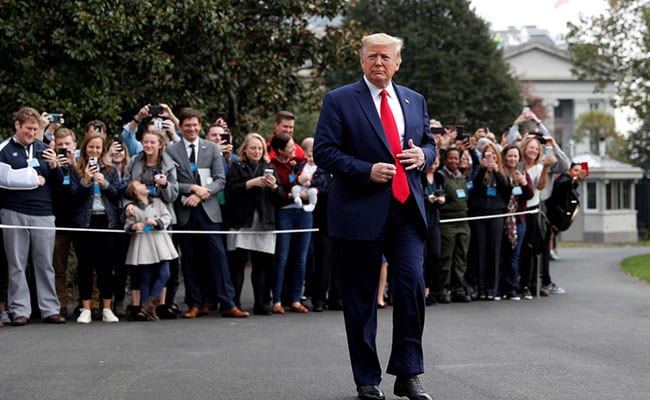 US President Donald Trump said Wednesday he plans to attend the March for Life rally this week and become the first president ever to address in-person America's biggest gathering of anti-abortion activists.

"See you on Friday... Big Crowd!" Trump, who is seeking re-election in November, tweeted about the procession in Washington.

Abortion rights activists have accused Trump of an anti-abortion agenda, and they have expressed anxiety that the 1973 Roe v Wade Supreme Court decision that effectively legalized abortion is under threat.

Last year Vice President Mike Pence attended the March for Life rally, which is now in its 47th year and designed to protest legalized abortion.

That time, Trump addressed the estimated 100,000-strong gathering with a video message.

The White House confirmed Wednesday that Trump will become the first president ever to attend the rally.

The march is usually held around the anniversary of Roe v Wade.

Jeanne Mancini, president of the group that organizes the march, hailed the news and said Trump has been loyal to the anti-abortion movement.

"From the appointment of pro-life judges and federal workers, to cutting taxpayer funding for abortions here and abroad, to calling for an end to late-term abortions, President Trump and his administration have been consistent champions for life and their support for the March for Life has been unwavering," Mancini said.

Although the Supreme Court legalized abortion, opposition to it remains strong in parts of American society, particularly in the so-called Bible Belt states of the South and mid-section of the country.

Trump, who campaigned on a pledge to appoint only opponents of abortion to the Supreme Court, has so far named two of the court's nine justices.

Their arrival galvanized abortion opponents who are counting on the new justices to overturn the Roe v Wade decision, or at least allow states to restrict access to the procedure.

The first big test will occur in March, when the court examines a Louisiana law whose restrictions on abortion are similar to those of a Texas law that the court struck down nearly four years ago.