Waffle Houses are known for staying open through anything. So when the company decides to close one of its locations because of bad weather, it means the storm is unusually bad. 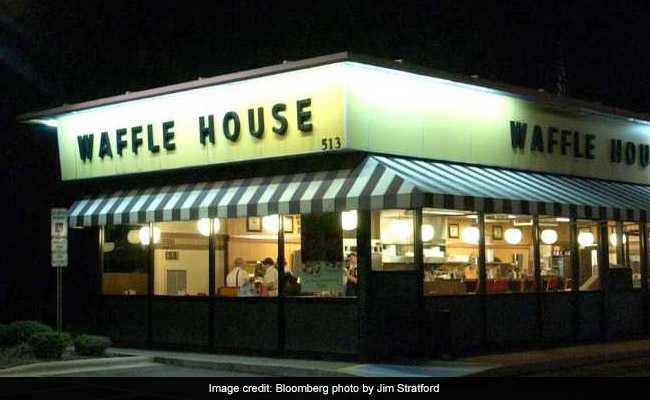 If locations in the affected area are forced to close, the index is red.

Everyone is preparing for Hurricane Florence, which continues to barrel toward the Carolinas. Residents are evacuating the area, FEMA is getting supplies, Weather Channel reporters are breaking out their strongest windbreakers - and the Waffle House Storm Center has been activated.

That's right: One of the South's most popular breakfast chains plays an important role in hurricane forecasting. Waffle Houses are known for staying open through anything. So when the company decides to close one of its locations because of bad weather, it means the storm is an unusually bad threat. It's called the Waffle House Index, and FEMA monitors it. Seriously.

"The WaffleHouse Storm Center is activated and monitoring #Florence," @WaffleHouseNews tweeted on Tuesday.

Former FEMA administrator W. Craig Fugate came up with the Waffle House Index as a way to determine how an overall community was faring during a disaster.

"The Waffle House test doesn't just tell us how quickly a business might rebound - it also tells us how the larger community is faring," Dan Stoneking wrote on the FEMA Blog in 2011. "The sooner restaurants, grocery and corner stores, or banks can reopen, the sooner local economies will start generating revenue again - signaling a stronger recovery for that community."

The Waffle House Index - which is, again, a real thing that our government uses - is color-coded. If Waffle Houses are open and offering a full menu, the index is green. If they're offering a limited menu, it's yellow. If locations in the affected area are forced to close, the index is red - and because Waffle Houses are very prepared, this is the rarest scenario. In Murrells Inlet, South Carolina, an employee of a still-operating Waffle House told a reporter that during 2016's Hurricane Matthew, the location closed only after the ceiling tiles began to fall.

On Tuesday, Waffle House tweeted a photo of personnel hunkered down in a situation room, in front of screens with maps and the hurricane's projected path. "Plan ahead and be safe," the company encouraged its customers. Some residents in Southern cities base their decision to evacuate on whether the Waffle House is still open. (This is not recommended.)