Why Planes Could Still Vanish Into Thin Air Like MH370

The disappearance of Flight 370 remains the biggest mystery in modern aviation, and the search to find it is the world's longest hunt for any jet. Last month, a new crew resumed scouring the Indian Ocean. 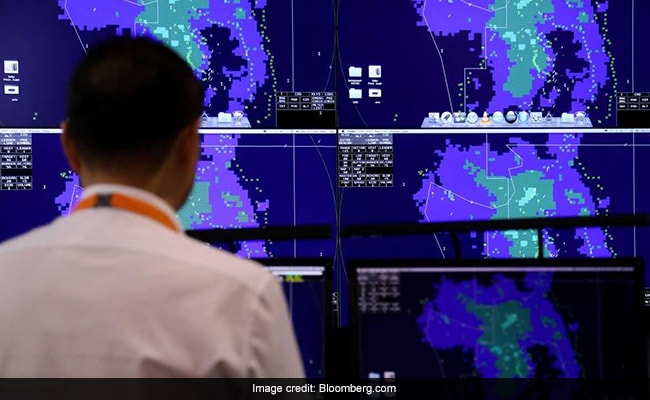 MH370 disappeared March 8, 2014, while flying to Beijing from Kuala Lumpur with 239 people on board.

The disappearance of Malaysia Airlines Flight 370 prompted a slew of safety proposals meant to prevent another jetliner from inexplicably vanishing. Yet four years later, that possibility remains.

That's because international requirements for new planes to broadcast their locations every minute when they're in trouble don't take effect until January 2021. The disappearance of Flight 370 remains the biggest mystery in modern aviation, and the search to find it is the world's longest hunt for any jet. Last month, a new crew resumed scouring the Indian Ocean.

In an era where people can track their iPhones and Samsung Galaxy devices in real time, the world's most-advanced transportation industry still isn't obligated to do the same for craft carrying about 4 billion passengers a year. And that one-minute rule doesn't apply to the current fleet of 23,500 passenger planes and the thousands more joining them in the next three years - mostly in Asia.

"You can't say MH370 won't ever happen again, because it will," said David Stupples, a professor of electronic and radio systems at City, University of London. "Until 2040 or 2050, there's going to be a large number of aircraft flying around that don't have that tracking system fitted."

Still, a jet cruising at 500 knots (575 miles) an hour that disappears between 15-minute pings creates a potential search zone of about 170,000 square kilometers (65,637 square miles). That's equivalent to the size of Florida.

There would be little chance of finding survivors in time, especially in the open ocean, and the sunken wreckage might escape detection for years, said Geoffrey Dell, a safety scientist at Central Queensland University in Australia who's been an air-safety investigator since 1979.

By comparison, the search zone for a plane that crashed between one-minute pings would be about 748 square kilometers - an area 227 times smaller.

"The industry takes strategic steps to ensure safety but moves very deliberately," Tom Schmutz, chief executive officer of Flyht Aerospace Solutions Ltd., said in an email. "Operators have typically pushed back on change because it can conflict with operational profits."

Calgary-based Flyht sells off-the-shelf technology that tracks planes by satellite. Its Automated Flight Information Reporting System is about the size of a briefcase, costs less than $60,000 and can pinpoint a plane's airborne location every 20 seconds.

About 1,800 aircraft have installed the product, Schmutz said.

The slow rollout of more-frequent tracking comes during a period of sustained growth for the global aviation industry, especially in Asia.

MH370 disappeared March 8, 2014, while flying to Beijing from Kuala Lumpur with 239 people on board. Experts mapped the Boeing 777's random route over the Indian Ocean after picking through its hourly data hookups with a satellite.

Only a few pieces of wreckage washed up in Africa, and no bodies were recovered. U.S. exploration company Ocean Infinity resumed searching last month with a promise of as much as $70 million from the Malaysian government if successful.

ICAO said it "moved quite rapidly" to develop new tracking intervals after the MH370 crash, and those rules contain an incentive for airlines to retrofit in-service craft to enable one-minute reporting.

Under the rules taking effect in 2021, a plane would switch to one-minute tracking automatically when systems detected it was in distress because of turbulence, mechanical difficulties or an unexplained change in course, such as during a hijacking or if the crew became unconscious.

Pilots couldn't turn the system off after it activates automatically, ICAO said. The system would deactivate itself once the plane was flying safely again.

However, a pilot could turn off the system if it was manually activated.

The challenges tied to minute-by-minute tracking include adding computing power and internet bandwidth to process larger volumes of data. The tighter system also may require reserving more space on the flurry of satellites being launched to satisfy demands for constant internet connectivity.

The almost seven-year lag that will exist between the disappearance of MH370 and the institution of one-minute tracking shows the struggle going on within the industry.

Airlines haven't immediately rolled out tamper-proof tracking technology on every commercial aircraft - potentially at a cost of more than $1 billion - partly because an event like MH370 is so rare.

Promoted
Listen to the latest songs, only on JioSaavn.com
"It always comes back to a commercial decision," said Dell, a former safety manager at Qantas. "Does it really justify it when that accident is not going to happen in your lifetime - statistically? It takes something like MH370 to change people's thinking."

(This story has not been edited by NDTV staff and is auto-generated from a syndicated feed.)
Comments
MH 370Malaysian Airlines