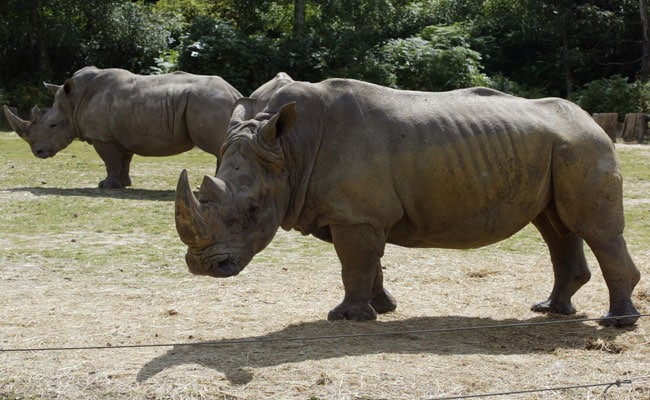 Black market rhino horn sells for up to $60,000 per kilo - more than gold or cocaine

FRANCE: Intruders at a French zoo have shot dead a white rhino and hacked off its horns in a grizzly overnight poaching incident, the police and the zoo said on Tuesday.

The perpetrators forced the main gate to the Thoiry zoo near Paris and broke through at least two other security barriers on Monday night, without disturbing five people who live on the grounds.

The animal, a four-year-old "critically endangered" white southern male named Vince, was attacked inside an area where at least two other rhinos are kept.

He was shot three times in the head and his horns were "probably cut off with a chainsaw," a police spokeswoman told AFP, with the grim discovery made on Tuesday morning by zoo workers.

Black market rhino horn sells for up to $60,000 per kilo - more than gold or cocaine - with most demand from China and Vietnam where it is coveted as a traditional medicine and aphrodisiac.

In the last eight years alone, roughly a quarter of the world's rhino population has been killed in South Africa, home to 80 percent of the remaining animals.

According to the zoo, this would be the first time a zoo was the target of an "attack" of this nature leading to the death of a rhino.

Thoiry zoo is equipped with video surveillance, but cameras are not installed in the area where the rhinos live. The two others in the enclosure with Vince were unharmed.
Comments
white rhinoPoachersRhino HornThoiry zoo