Russia Announces Military Drills With China, Others; US Says "Concerned" 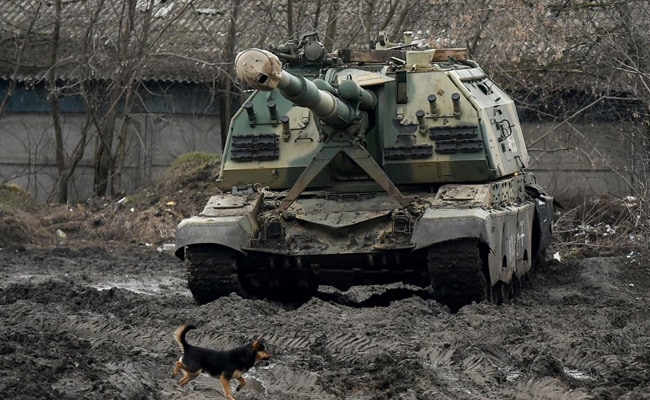 The United States has concerns about any country conducting military exercises with Russia which has waged an "unprovoked and brutal" war against Ukraine, the White House has said after Moscow announced the Vostok 2022 drills will involve more than 50,000 troops from China, India and several other countries.

Russia said on Monday that the Vostok 2022 military exercises will be held from September 1 to 7 in different locations in the Far East and the Sea of Japan and involve more than 50,000 troops from China, India and several other countries.

The exercises will allow the armies of the participating countries to "practice defensive and offensive operations" at seven training grounds of the Eastern Military District and in maritime and coastal areas of the Sea of Okhotsk and the Sea of Japan, the Russian Defence Ministry was quoted as saying by the state-owned TASS news agency in a statement.

"The strategic manoeuvres will bring together over 50,000 troops and more than 5,000 items of armaments and military hardware, in particular, 140 aircraft, 60 combat ships, gunboats and support vessels," it said, adding that it will engage troops from China, India, Laos, Mongolia, Nicaragua, Syria and several ex-Soviet nations.

In Washington, White House Press Secretary Karen Jean-Pierre, while responding to questions on the military exercises hosted by Russia, said the US has voiced its concerns.

"The United States has concerns about any country exercising with Russia while Russia wages an unprovoked, brutal war against Ukraine. But, of course, every participating country will make its own decisions. And I'll leave it at that," she told reporters aboard Air Force One on Tuesday.

When she was specifically asked why "not put any pressure on India", Jean-Pierre said, "My first sentence there is saying that we have concerns over any country exercising with Russia while Russia is waging this unprovoked war."

When the reporter further asked if the US planned to take any action or do anything about it, the press secretary said, "I don't have anything else to share." "But we have -- we have been pretty public -- I've been asked this question with other countries as well, and we've been pretty consistent in our statements," she said.

There were no immediate comments from the Indian Army or the Ministry of Defence in New Delhi on the participation of Indian soldiers at the Vostok-2022 military exercises in Russia.

"The drills are set to master the skills of commanders and headquarters in exercising command and control of combined arms and coalition forces to repel acts of aggression in the Eastern direction and in the Far Eastern maritime zone, raise compatibility and interoperability of the collation forces in jointly coping with the objectives of maintaining peace, protecting interests and ensuring military security in the Eastern region," the ministry said.

The Russian defence ministry stated earlier that during the drills the participating forces would practice measures to maintain military security in the eastern region.