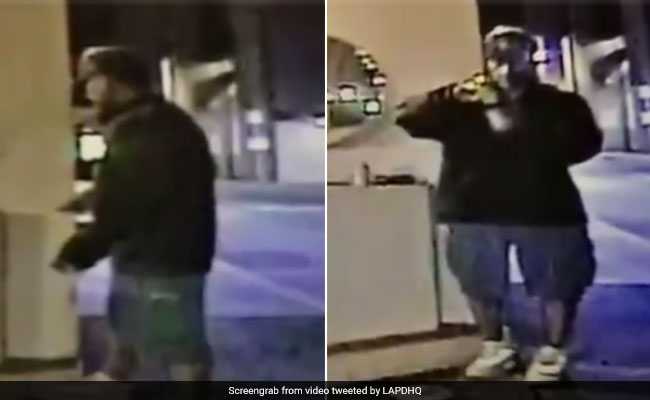 A man who fled to California from Texas after being questioned in the disappearance of two Houston relatives has been arrested on suspicion of committing seven bludgeoning attacks, three of them fatal, in the Los Angeles area this month, police said on Tuesday.

Ramon Escobar, 47, faces three counts of murder and four counts of attempted murder in a case investigators in Los Angeles and the adjacent beachfront city of Santa Monica are preparing to present to the Los Angeles County District Attorney's Office, police said.

Los Angeles Police Department Captain William Hayes described Escobar as a "previously deported felon" who is originally from El Salvador and applied for and was possibly granted asylum in the United States.

He served five years in state prison in Texas, from 1995 to 2000, on a burglary conviction, and was arrested on suspicion of assault and criminal trespass in Texas during the past two years, Hayes told a news conference.

Six of the seven victims Escobar is accused of attacking in Southern California were homeless men, and all appeared to have been bludgeoned in the head while they slept outdoors, police said. A baseball bat recovered from Escobar's car, and a pair of bolt-cutters found at the scene of one of the attacks were identified as the weapons he used, Hayes said.

"He is a violent predator," Hayes told reporters.

Escobar was jailed without bond in Santa Monica following his arrest there on Monday shortly after the latest attack. It was not clear if he had an attorney yet.

At least two of the surviving victims remain hospitalized in a coma, Hayes said.

Hayes said Escobar was already considered a "person of interest" by Houston police investigating the unsolved disappearance of two relatives he had been living with in that city. The two family members, identified by the Los Angeles Times as an aunt and uncle, went missing in late August.

Hayes said Escobar was questioned by Houston police on Aug. 30 before he "fled the state of Texas," travelling by car to Southern California and arriving in Los Angeles on Sept. 5. The first attack of which he is suspected occurred three days later.