Video: Theresa May Dances To Abba's "Dancing Queen" On Final Days As PM

In a video clip, Theresa May is seen dancing at the Henley Festival as her husband and other men in black tie swing their arms to the tunes. 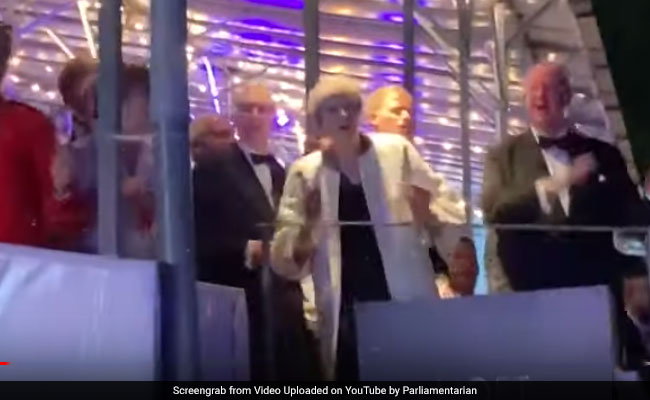 Theresa May boogied away one of her last weekends as British prime minister, showing off some of her famously awkward dance moves to Abba hits such as "Dancing Queen" and "Mamma Mia" at a festival.

In a video clip, she is shown dancing at the Henley Festival as her husband and other men in black tie swing their arms to the tunes.

Ms May, whose premiership was riven by crises over Brexit and who was cast as robotic by opponents, occasionally sought to bring some humour to the job by performing dances in public.

She last year danced with school children in South Africa and then grooved onto stage at the Conservative Party conference to "Dancing Queen" - exhibiting a puzzling robotic hand movement that went viral on social media.