'Used To It': Ivanka Trump Faces Boos, Groans With Applause At Berlin 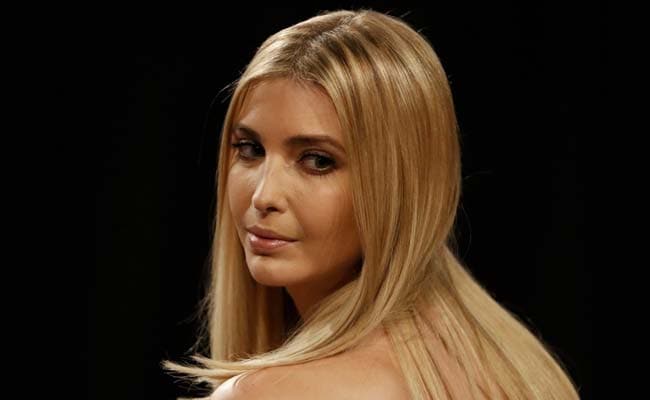 Ivanka Trump was alternately applauded and booed while participating in a Berlin panel.

Berlin: Ivanka Trump was alternately applauded, booed and prodded during her first high-profile excursion as an emissary for her father's White House, while participating in a prestigious Berlin panel on women's issues Tuesday afternoon.

The trip, to the international W20 summit on women's entrepreneurship, was an illustration of both the power and the complexity of that role: The audience clapped for Ivanka Trump's stated support of issues such as paid family leave and increased access to child care, but some jeered or groaned at mentions of the president she was there for. Others were hoping for clarification on what, nearly 100 days into the Trump administration, Ivanka's advocacy would look like.

"You're the first daughter of the United States and you're also an assistant to the president," said panel moderator Miriam Meckel, the editor in chief of the German publication WirtschaftsWoche, in her opening question to Trump. "The German audience is not that familiar with the concept of a first daughter. I'd like to ask you, what is your role? And who are you representing - your father, as president of the United States, the American people or your business?"

"Certainly not the latter," Trump responded, adding, "I'm rather unfamiliar with this role as well, as it is quite new to me." She remained poised throughout the exchange, explaining that she was "listening and learning" and that she hoped that knowledge would help her effect "incremental, positive change."

It was a more pointed line of inquiry than Meckel had asked any of the other women on the panel, which included German Chancellor Angela Merkel, as well as Queen Maxima of the Netherlands, International Monetary Fund Managing Director Christine Lagarde and Canadian Foreign Minister Chrystia Freeland. But Trump had come to the summit with more to prove.

When Merkel visited the White House in March, some critics had thought it inappropriate that the elected chancellor was seated next to the president's daughter. But Merkel herself was apparently unbothered. She and Ivanka Trump realized they shared interests in women's entrepreneurial issues, her office later said, and extended the younger Trump a personal invitation to participate in the panel.

In the days before Ivanka's Trump's arrival, German newspapers parsed the meaning of her visit, wondering if Merkel had found in Ivanka - perceived as levelheaded and moderating - more palatable diplomatic inroads than with President Donald Trump. "How powerful will Ivanka Trump become?" wondered one newspaper headline.

Another simply ran a picture of Ivanka, captioned with the phrase, "First Whisperer."

In the audience, before the panel, the specter of HBO's John Oliver ran through the Intercontinental's ballroom, where the panel was being held: the late-night host had dedicated a segment to worrying about nepotism and the power held by Ivanka and her husband, Jared Kushner.

Ivanka Trump has become a subject of wide interest and wider speculation. She has never expressly disagreed with her father's policies in public, but she says that she has done so in private. She has been a vocal supporter of various family-friendly policies, but it's been unclear what that support would look like in practice. It's been difficult to tell how much Ivanka planned to blaze her own policy paths, and how much she would be a spokeswoman for her father's policy goals.

The Tuesday panel, as one American delegate to the W20 put it, had the potential to be "her global coming-out party on a serious level."

The panel covered a wide array of issues. Trump said that she was concerned about a shortage in mentors for young businesswomen and about the digital divide that prevented women in developing countries from accessing the technology necessary to do business in a modern world. At one point, the moderator asked panelists whether they considered themselves feminists, and while Merkel demured, saying she wasn't sure whether she fit the title, Trump proudly raised her hand, and spoke of the fact that people in hiring positions at the White House were predominantly women. (The president's Cabinet, though, is populated almost entirely by men.)
But it was mention of the chief occupant of the White House that ultimately drew consternation from audience members:

"My father has been a tremendous champion of supporting families," she told the moderator.

Several audience members in the ballroom of the Intercontinental Hotel began to audibly groan and hiss, prompting Meckel to speak over the noise: "You hear the reaction from the audience," she said. "Some attitudes toward women that your father has displayed might leave one questioning whether he's such an empowerer of women."
Ivanka responded that she could speak about her father's support for women "as a daughter," saying in her household, there were never barriers or expectations based on gender.

After the panel, she answered questions from a cluster of reporters, including a few on whether she thought the moderator had questioned her more harshly than the other panelists.

"I'm used to it," Trump said, smiling. She said that she thought it was important for people to learn to disagree in respectful ways, which is what she thought had happened at the conference. She spoke excitedly about an international fund that had been discussed during the panel - one that would provide female business owners access to capital, another issue about which she feels passionate.

After she left the hotel, she toured a vocational training center, stopping to greet and ask the names of each student, admiring their work, pretending it was her fault when hot beverage machine they'd built seemed to malfunction.

"I should have pressed 'coffee,'" she apologized. "I threw it a curveball by pressing 'hot chocolate.'"

(Except for the headline, this story has not been edited by NDTV staff and is published from a syndicated feed.)
Comments
Ivanka TrumpWhite HouseDonald TrumpIvanka Trump faces boos

Video Appears To Show Ukraine Plane Was Hit By Missile