US Using DNA Tests To Reunite Children With Migrant Parents

The controversial, newly announced procedures are part of government efforts to meet rapidly approaching court-imposed deadlines for reuniting children with their parents 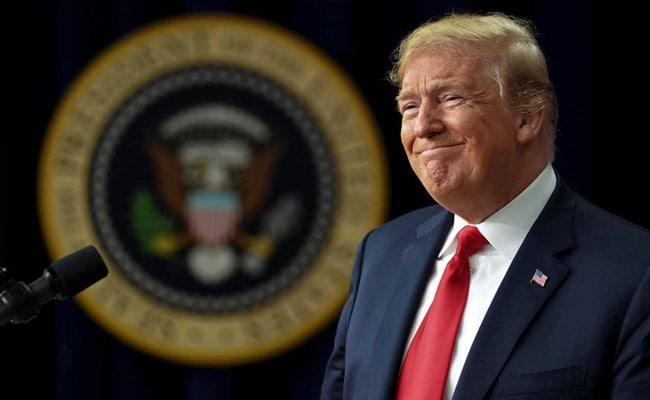 US officials have resorted to DNA testing on up to 3,000 detained children who remain separated from their migrant parents, a top official said Thursday as President Donald Trump's administration struggles to rapidly reunite families at the center of a border crisis.

The controversial, newly announced procedures are part of government efforts to meet rapidly approaching court-imposed deadlines for reuniting children with their parents, and come as the president himself once again demanded swift action by Congress to fix the country's "insane" immigration laws.

The Department of Health and Human Services is "doing DNA testing to confirm parentage quickly and accurately," HHS Secretary Alex Azar told reporters on a conference call, as his team said the procedure was being conducted through "harmless" cheek swabs.

Normally used as a last-resort means of identification -- if birth certificates or other documents are unavailable -- DNA testing is being used to speed the process to meet a judge's order to reunite families by June 26, and by next Tuesday for some 100 children under age five.

But Azar portrayed the process as orderly and disputed accusations that the Trump administration has failed to account for some minors.

"HHS knows the identity and location of every minor in the care of our grantees," he said, adding that authorities were working to reunite children with their parents "as expeditiously as possible."

About 11,800 minors are currently in US custody after crossing over from Mexico, Azar said. Eighty percent of those are teenagers, mostly males who entered the United States on their own.

Azar refused to provide an exact figure for the total number of detained children who have been split from their parents, only saying that number is "under 3,000" minors and that they are in "excellent" care, with three meals plus snacks each day and time for exercise and entertainment.

The administration had previously said that just over 2,000 separated minors remained in its care.

Azar said reunited families would remain in custody of the Department of Homeland Security as their cases are adjudicated.

The DNA test results are being solely used to accurately connect parents with children, HHS Assistant Secretary for Preparedness and Response Jonathan White said on the call.

"This isn't some vast sprawling data set that we're matching up," he said.

But critics warn that very young children cannot give permission for such tests, which they say could ultimately be used for further monitoring, and that the policy shows the government never registered people properly when they were first detained.

"It's deplorable they are using the guise of reuniting children to collect even more sensitive data about very young children," said Jennifer Falcon of RAICES, a Texas-based group that is representing migrant families.

"This would allow the government to conduct surveillance on these children for the rest of their lives."

In a series of tweets, Trump demanded lawmakers "pass smart, fast and reasonable Immigration Laws" now, after the House of Representatives last month rejected a broad immigration bill that had his support.

"When people, with or without children, enter our Country, they must be told to leave without our... Country being forced to endure a long and costly trial," he wrote.

Trump has spoken out repeatedly against lengthy judicial processes to determine migrants' eligibility for immigration, asylum or deportation, arguing they are a waste of US resources.

It was the latest conflicting message by Trump to Congress.

Before the June 27 House vote, he said Republicans -- who control both chambers -- "should stop wasting their time on immigration" until after the midterm elections in November.

Days later he traveled to Capitol Hill to urge Republicans to back the pending bill.

After it failed, Trump insisted he had "never pushed the Republicans to vote for the Immigration bill" because it would not have received enough Democratic support to clear the Senate.

Trump has made fighting immigration -- both illegal and legal -- a central plank of his fiercely US-centered policy agenda, resulting in the "zero tolerance" immigration approach under which undocumented border crossers were being systematically prosecuted, and their children separated from them.

Faced with a barrage of criticism, Trump signed an executive order to halt the family separations, but made no specific provisions for those already split apart.