India-specific terror groups like the Harakat-ul-Mujahideen (HuM), Jaish-e-Mohammed (JeM) and Lashkar-e-Taiba (LeT) are also on the list. 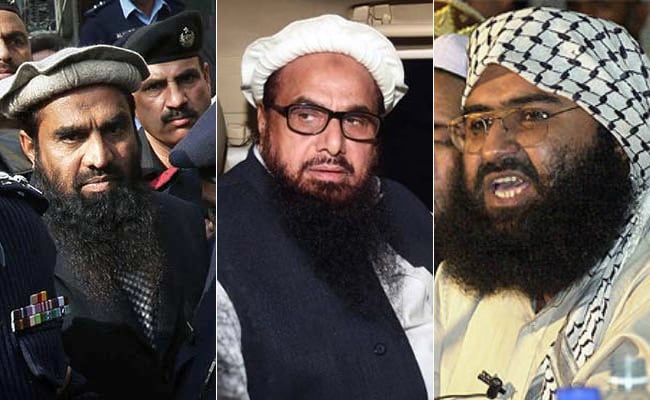 US has given Pak a list with details of terror groups and demanded action against them. (File)

Washington / Islamabad: The US has shared with Pakistan a list with details "beyond just names" of 20 terrorist groups like the Lashkar-e-Taiba, Jaish-e-Mohammed and Harkat-ul-Mujahideen that Washington believes are operating from its soil and areas under its occupation, to target India and Afghanistan, a media report said today.

Top on the list is the Haqqani network which, the US says has safe havens in the Federally Administered Tribal Areas (FATA) in northwestern Pakistan and uses them to launch attacks into Afghanistan, Pakistani newspaper Dawn reported.

The list includes three types of terror groups: those who launch attacks into Afghanistan, those who attack targets inside Pakistan and those who are focused on Jammu and Kashmir, the newspaper quoted a diplomatic sources as saying.

India-specific terror groups like the Harakat-ul-Mujahideen (HuM), Jaish-e-Mohammed (JeM) and Lashkar-e-Taiba (LeT) are also on the list.

Harkat-ul-Mujahideen is a terror group operating primarily out of Pakistan-occupied Kashmir. The US said that the terror outfit had links to Osama bin Laden and Al Qaeda as well, the report said. Jaish-e-Mohammed also targets India, primarily the state of Jammu and Kashmir, the US said.

The United States identified Lashkar-e-Taiba as one of the largest and most active terrorist organisations in South Asia. Founded in 1987 by Hafiz Saeed, Abdullah Azzam and Zafar Iqbal, the group had its terror headquarters in Muridke in Pakistan's Punjab province. It too is focused on targeting India, primarily in the state of Jammu and Kashmir, the report said.

Lashkar-e-Taiba was involved in the 2001 Indian parliament attack and the 2008 Mumbai terror attacks. The US also holds this group accountable for committing hundreds of target killings and dozens of mass attacks within Pakistan.

Other groups on the list are: Harakat-ul-Jihadi-i-Islami (HuJI), Jamaat-ul-Ahrar, Jamaat-ud-Dawa (JuD), al-Quran and Tariq Gidar Group, which is one of 13 TTP affiliates.

The Tariq Gidar Group has been behind some of the deadliest attacks inside Pakistan, including the December 16, 2014, massacre at the Army Public School in Peshawar that left 132 schoolchildren and nine staffers dead.

The report in the Pakistani daily stated that sources, however, had denied that US Secretary of State Rex Tillerson gave a list of 75 terrorists to Pakistani officials when he visited Islamabad last week.

Mr Tillerson told the US Senate Foreign Relations Committee on Monday that Pakistan was willing to target terrorists if provided with specific information about their whereabouts and Washington plans to give Islamabad the opportunity to do so.

He said the information that the US delegation gave Pakistan went "beyond just names of individuals" and also expected "to receive information" from Pakistan that would be useful in targeting terrorists and terror outfits.

Mr Tillerson said that it was in the interest of Pakistan to change its "long-standing" relationship with terrorist organisations.

"The conversation with the Pakistani government is for them to recognise that they will be one of the greatest beneficiaries of a successful peace process in Afghanistan," Mr Tillerson told lawmakers during a Congressional hearing on Monday.

Promoted
Listen to the latest songs, only on JioSaavn.com
Mr Tillerson, who also visited Afghanistan and came to India last week, responded to questions on Pakistan's co-operation in the fight against terrorism in the aftermath of US President Donald Trump's South Asia Policy.

Pointing out the instability caused by Pakistani terror outfits, Mr Tillerson said: "Pakistan lives with two very unstable borders, one with Afghanistan, one with India and our message to them is -- You have to begin by creating greater stability inside your country and that means denying safe haven to any of these organisations that launch attacks from your territory."